I Love Lucy Coming To Theaters For Lucille Ball’s Birthday 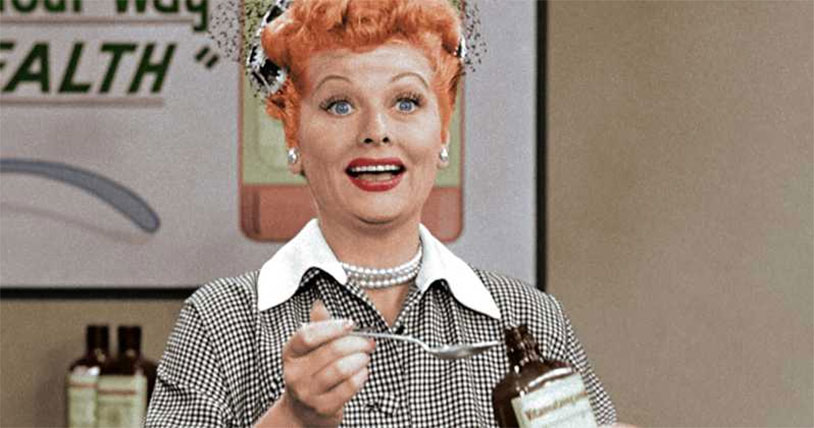 Lucille Ball is relevant here at the Ball Report for obvious reasons, but we don’t get very many chances to write about the flame-haired comedienne who delighted audiences with her knack for slapstick and verbal jousting. However, Ms. Ball’s birthday is coming up – if she was alive, she would turn 108 this August 6th – and fans will be able to revisit her greatest moments from I Love Lucy on the big screen at their local movie theater.

For one night only, screens around the country will be showing a retrospective of five I Love Lucy episodes that have been colorized using an in-depth process that is way more advanced than the kind Ted Turner was using in the 90s. The presentation also includes a featurette on the methods they used to restore and tint the footage for the big screen.

The episodes included in the showcase include “The Million Dollar Idea,” where Lucy starts selling salad dressing with Ethel Mertz; “Lucy Does a TV Commercial,” which contains the immortal Vitameatavegemin spot that remains one of the funniest things ever televised; and “Job Switching,” the infamous candy factory episode. Any fan of classic comedy would be wise to get tickets now to see one of the all-time greats do her thing on the big screen.