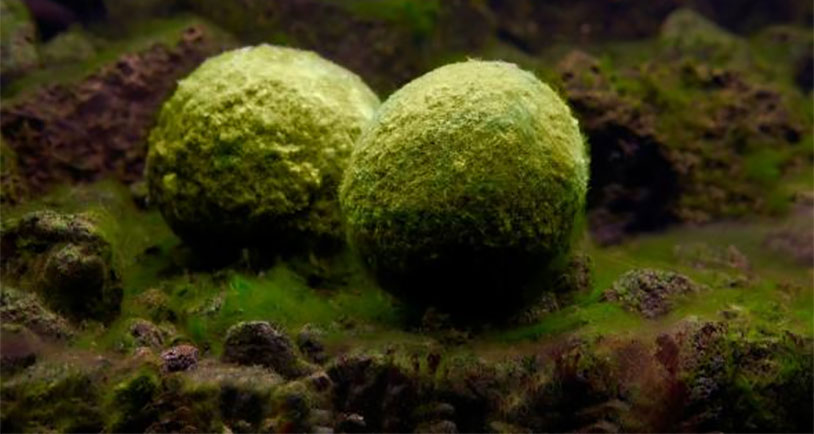 If there’s one thing that upsets us, it’s knowing that humanity has set this planet on what seems to be an unstoppable slide towards ecological catastrophe. It seems like every day we hear about a new plant or animal that’s rapidly vanishing as a result of pollution, climate change or overcrowding. The latest is the unusual “lake ball” plants that only live in a specific part of Iceland.

Northern Iceland’s Lake Mývatn is characterized by odd-looking craters that resemble tiny volcanoes. The lake also used to be full of strange, cabbage-sized balls of green plant matter, called “Kúluskítur” by the locals. That’s an old-school Icelandic cuss word that fishermen yelled when they’d get tangled in the nets. The lake balls are actually huge clusters of algae diatoms, that grow to giant size in the water there.

Unfortunately, the prevalence of another plant – cyanobacteria algae, which flourishes as nitrogen levels rise as a result of fertilizer and sewage – is killing off the lake ball population one by one. They require lots of sunlight to grow to larger sizes, and the algae is blocking it out. There’s only one known specimen left, in a jar at a local research facility.

There’s only one other lake in the world with the conditions necessary to grow lake balls – Akan, in Japan – but they’re not anywhere near the size of the ones in Myvatn. The loss of lake balls is sort of a marker of a general health of the area. Myvatn is one of the region’s key lakes for breeding ducks, and without the insects fed by the water plants, they won’t have enough to eat. This could kick off a ripple effect throughout the food chain and the local economy. Who would have thought that a bunch of slimy green balls could be this important?

Natural Geographic has the story.