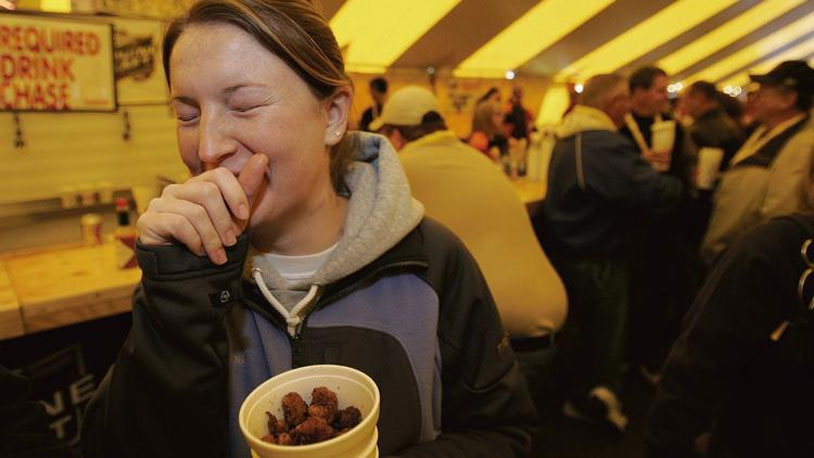 Even though we pride ourselves on being the Internet’s primary resource for all things ball-related, when we heard this news we had to google “do birds have balls?” because we just weren’t sure. The answer is yes, birds do have balls – they just don’t hang on the outside of the body like mammals do. A pair of testes just above the kidneys are what produces sperm as well as testosterone. And then you have the whole cloaca thing which we don’t want to think about.

According to a group in East Dundee, Illinois – just outside of Elgin, if that means anything to you – the nuts of a turkey are good eating, and they want to show the world with their first inaugural Turkey Testicle Festival later this year. The event will raise money for the Dundee Foundation, a local nonprofit, and feature live music and servings of deep-fried turkey testicles.

From those who have tried them, a turkey testicle is a chewy little morsel of meat that tastes a bit like a deep-fried mushroom. They’re typically consumed with Tabasco sauce or ranch dressing, as on their own they’re not terribly flavorful. Unlike most other bird gonads, they’re slightly larger than a human’s testes. Here’s a video of some fairgoers trying bird nuts for the first time.

So what do you think? Do you want to head out to East Dundee for the Turkey Testicle Festival? We’ll try to report from the scene when it goes down.

Read more at the Chicago Tribune.