In New York? Jump In This Huge Adult Ball Pit 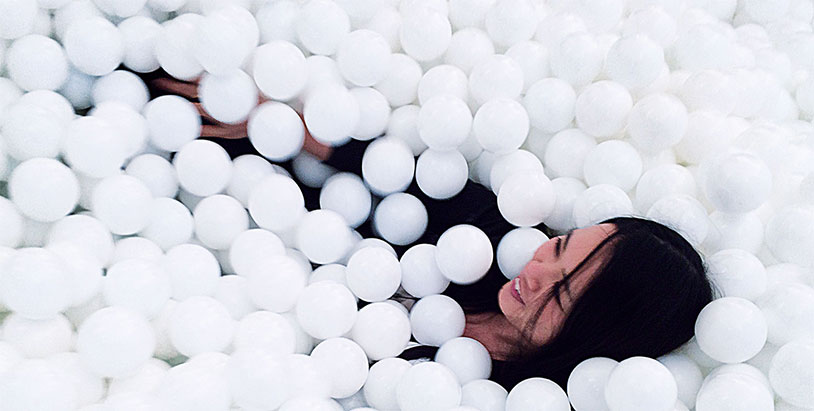 Ball pits are undergoing a bit of a cultural renaissance these days. What was previously an unsanitary toddler destination at Chuck E Cheese’s has become… hip? A while ago, we wrote about a ball pit artificial beach in Washington D.C, and now it’s being joined by a New York counterpart.

Advertising and creative agency Pearlfisher is a UK-based firm who believes that playfulness is essential to doing their best work. To facilitate that, they cordoned off a room and filled it with 81,000 white plastic balls to create a modernist ball pit that employees can use whenever they like. The room has already proven to be a huge success with workers, who use it to blow off steam or just float around in a meditative state.

Non-employee jumpers are requested to provide a $5 donation for a session, which Pearlfisher donates to a variety of charities. You can book a session in the ball pit here. It’s scheduled to be open until September 21st.