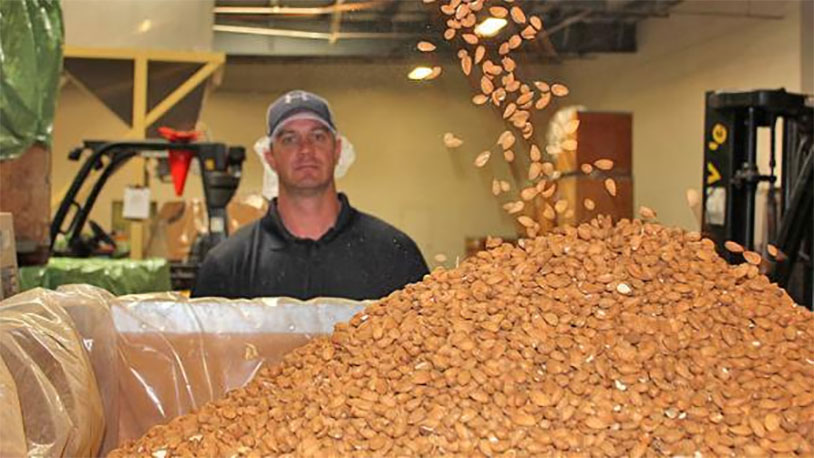 California is one of the most important agricultural states in the nation, growing a wide variety of produce. But now threats from international crime rings are impacting the Golden State’s precious nuts.

Let’s talk a little bit about the nut industry in California. Nearly 90% of the country’s nut production is from that one state, with almonds, pistachios and walnuts being the top harvests. California’s warm, dry climate makes it ideal for nut orchards to thrive. The state’s recent water crisis has made things a bit more difficult.

As any Mafioso can tell you, when production is in one place it’s ripe territory for a takeover, and according to this article from Inquisitrthere are organized crime rings who are costing the industry millions as a result of just a few large-scale thefts.

A single truckload of nuts can be worth as much as a half a million dollars on the market, which is a pretty sizable profit for a single job. These crooks aren’t hijacking the nuts at gunpoint, though. Their methodology is more white-collar. A typical heist involves members of the crime ring creating false documents to take possession of shipments, using the real identities of truckers and companies stolen through cybercrime. Once they’re behind the wheel of a delivery, the crooks take it to a fence to sell, typically in Asia or Europe.

Total losses to the nut industry in 2015 alone add up to $4.6 million. That’s a pretty hefty chunk of change. Growers and shipping companies are fighting back with increased security, including fingerprinting drivers, but the one thing we know about crime rings is that they’re very adaptable.

Legislation has been introduced in the House to increase funding for law enforcement investigating cargo robberies, but these guys are smart and cover their tracks. California, you guys need to protect your nuts better.