Jackie is providing the Ball Report with a fresh balls joke every week, drawn from his massive collection. This week’s shows exactly how far back his archive of comedy runs, with a joke drawn from the draft panic of the Vietnam War. If you weren’t alive at the time (we weren’t), people went to all kinds of crazy lengths to avoid getting conscripted. 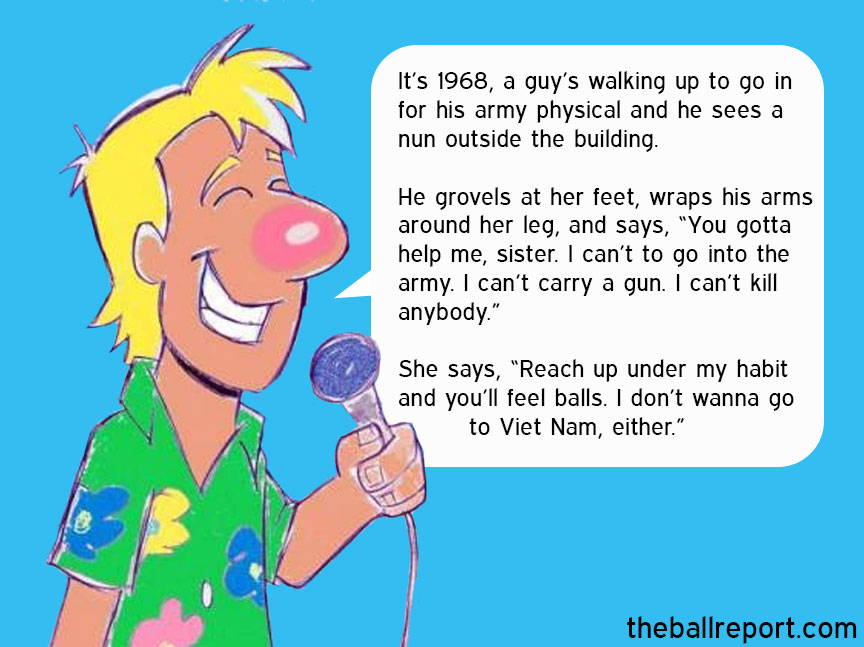