Jackie is providing the Ball Report with a fresh balls joke every week, drawn from his massive collection. THis week’s is a quick little ditty about the smell of mothballs. Do people even use mothballs anymore or is it all Febreze or whatever? 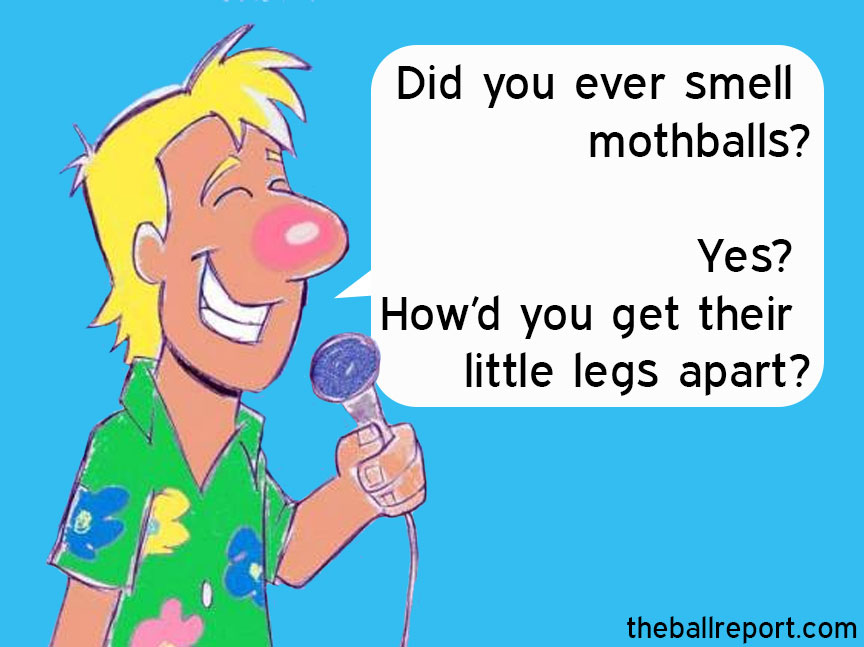