Jackie is providing the Ball Report with a fresh balls joke every week, drawn from his massive collection. THis week’s is a classic “my wife is so dumb” joke, with a kitchen twist. 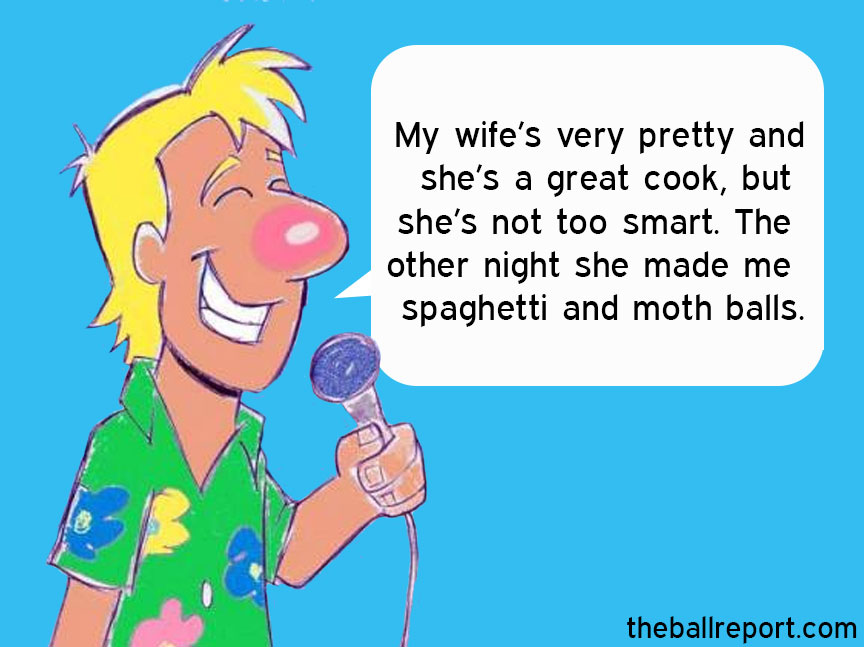