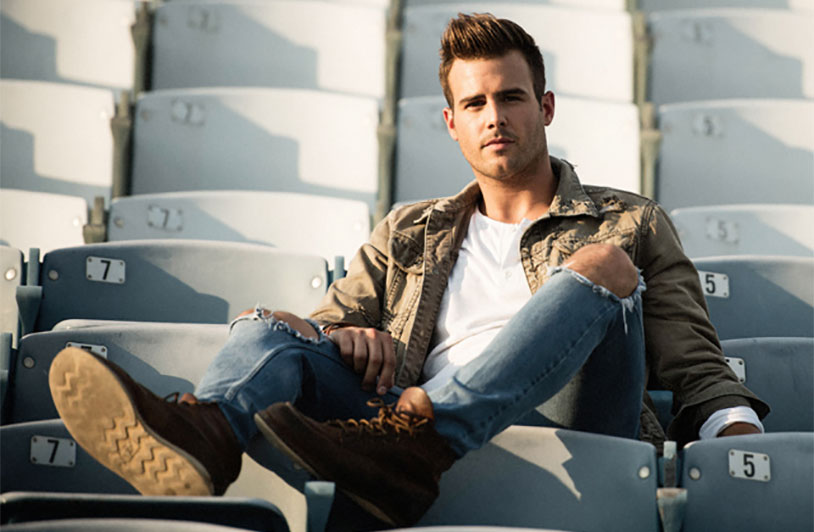 We’re not the biggest fans of most modern country music – it’s a little too clean-cut and bro for me, personally – but we’re willing to give Jackie Lee another listen or two simply because of his bravery in discussing not one but two bouts with testicular cancer.

The Maryville, TN-born singer is the son of a professional musician who played high school football before pursuing a career in the business himself. His breakthrough single “She Does” in 2014 drew him comparisons to some of the genre’s most popular romantic crooners, but his career seemed to fizzle out adter he withdrew from the public eye a few years later.

In a recent interview, he explains why: a pair of testicular cancer diagnoses knocked him out of action. After his mother passed away from ovarian cancer a little less than two years ago, he noticed pain in his nutsack and went to the doctor to be told that one of his testicles was so damaged it needed to be removed. That wasn’t the end, though – a few months after the surgery, he recieved a stage 2 testicular cancer diagnosis.

The whole experience radically changed Jackie Lee’s views on his life, as told in his new song “Long Year.”

Lee is currently cancer free and resuming his promising career. He tells People:

“I don’t feel like anything’s missing — other than the obvious. As far as my life goes, I feel like me. I feel normal. I feel like I can carry on. I’m just super thankful.”