Jackie is providing the Ball Report with a fresh balls joke every week, drawn from his massive collection. This week’s a shortie but a sweetie about mothballs, the little wads of chemical-soaked cotton that people used to use to keep their closets fresh. They had a uniquely funky odor, as you will soon see. 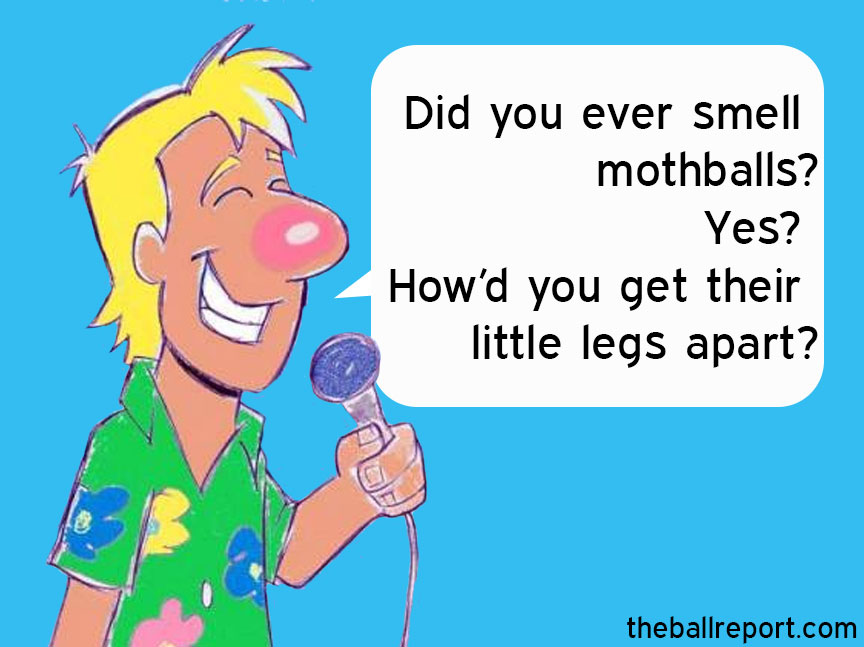