Jackie is providing the Ball Report with a fresh balls joke every week, drawn from his massive collection. THis week’s features a lonesome cowboy who gets into a peck of trouble. Feel free to copy and share the joke below on all your social platforms. 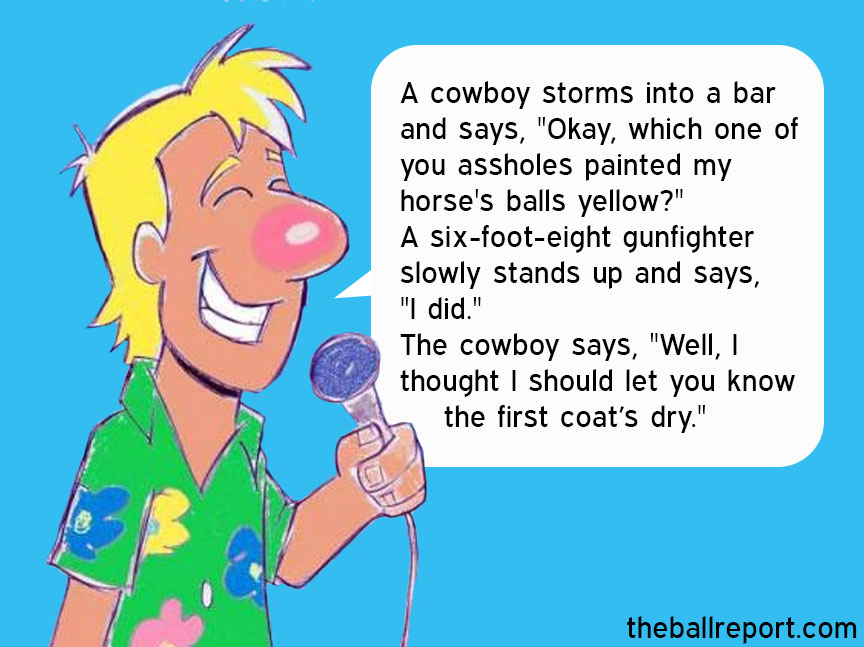