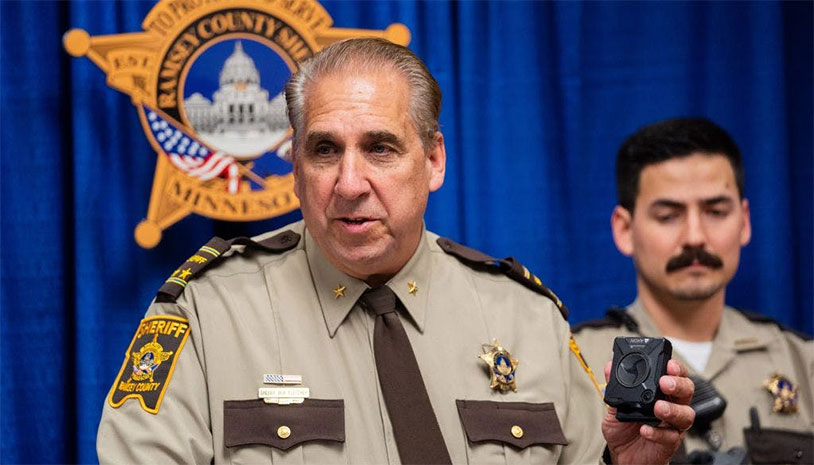 The balls-related aspect of this story is pretty tenuous, but our whole job is to be complete so let’s get into it. Ramsey County, Minnesota sheriff Bob Fletcher is under fire for re-hiring a pair of dismissed jail staffers after they supported him in his re-election campaign, and his constituents are starting to show concern about his budget and other choices.

Fletcher was criticized by the county council for a 2019 budget overrun that saw his department spend beyond sustainable levels, but he swore that he had done everything he could to reduce staffing and get things under control. However, just a few months later he added two men to the payroll, both former jailers who had been let go from their position due to misbehavior.

The one that concerns us most is Cory Hendrickson, who was let go for using county resources and time on the job to run and promote a security consulting business he was operating. That came on the heels of a ten day suspension in 2013 that Hendrickson served for putting a photograph of his balls up on his work computer’s screen. The arbitrator that evaluated Hendrickson’s firing found he showed no remorse or responsibility for abusing work resources.

Also re-hired was Lee Anthony Sontoya, who was released for repeatedly calling in sick to coach high school hockey games. Both men supported Fletcher’s re-election campaign, leading observers to call for an investigation as to whether they were truly the best ones for the job.