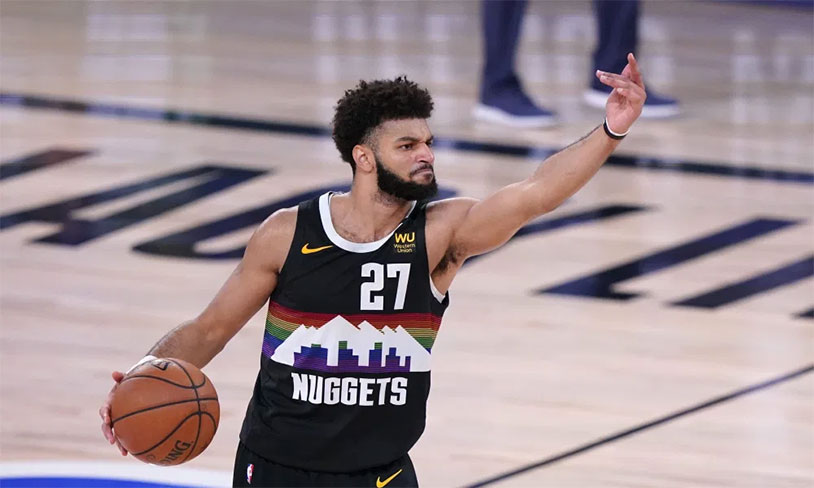 Things can get rough on the basketball court, but typically impact happens above the belt. Not always, though, as in a recent Nuggets – Mavericks game one of Denver’s best players, Jamal Murray, was pulled from the game after a groin shot to Tim Hardaway.

This year’s NBA bubble has led to a weird-feeling season for basketball, but some things never change. During the second half, Jamal Murray of the Nuggets crashed into Hardaway and went down to the floor. This is never where you want to be during a basketball game, and naturally Murray wasn’t pleased. As he was getting up, he brought his arm rapidly into Hardaway’s crotch.

Hardaway doubled over in pain and the ref blew the whistle to stop play while they figured out what was going on. At first, they called it as a single foul but after review of the video upgraded to a flagrant double foul on Murray, who was promptly booted from the game. Check the video here:

Jamal Murray ejected for a shot to the groin on Tim Hardaway Jr. pic.twitter.com/OcpY1WdTGE

Not a great look, and not great for the team as Murray was leading in points with 16 scored for the game. Denver still wound up winning, 117-113, but it was a squeaker.