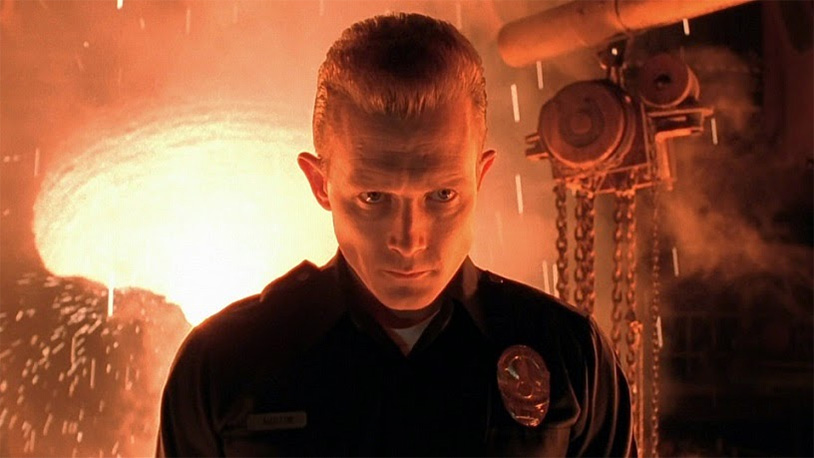 James Cameron just prepped one of his best movies, Terminator 2, for a 3-D re-release. The 1991 action movie was notable at the time for really bringing CGI special effects into the mainstream with the morphing T-1000, a malevolent monster of liquid metal played by Robert Patrick who could seemingly rebound from any injury. Arnold Schwarzenegger returns as the Terminator, this time sent from the future reprogrammed to protect humanity’s last hope. It’s a spectacular flick that still holds up 25 years later.

As any Star Wars fan knows, the temptation to go back in and tinker with a movie on re-release can be a pretty bad thing. But Cameron thankfully kept those instincts in check and only made one change, according to him – when a windshield blows out during the movie’s truck chase, it was accidentally shown in subsequent shots. A little modern CGI can clean up that continuity error real quick. But eagle-eyed fans have spotted a few other changes that he didn’t fess up to.

Most of them are minor – some brightness edits, a CGI face mask over Edward Furlong’s stunt double in some long shots – but there’s one that’s very relevant to our interests. When the T-1000 zaps into the present, as per Terminator tradition he’s completely nude. Robert Patrick apparently has some long balls, because the edge of one could be seen hanging down below his thigh in the original film. In the 3-D re-release, it’s been edited out. Bye-bye, robot ball.