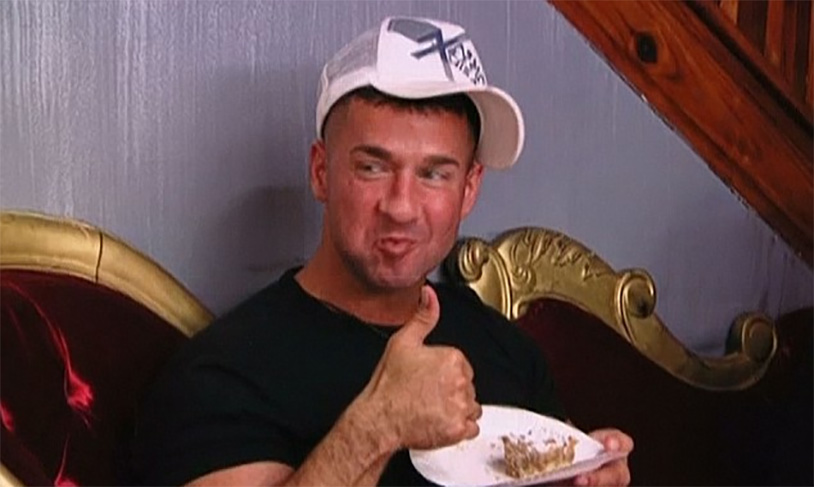 With the news that Jersey Shore is making a comeback on E! – read more about that here – the time is right to revisit one of the show’s most ball-centric moments. On the series finale, which aired back in 2012, the gang spent their last two days together with a bonfire on the beach and a celebratory cake, which the Situation and Pauly D happily chowed down on.

There was only one problem: that cake had a ballsack on it. Paula, the woman who baked the confectionery concoction, had a male friend dip his scrotum down on the frosting before she delivered it. As she was the Situation’s ex, it’s not surprising that she would take the opportunity for a little Garden State revenge before the show went off the air.

When a picture of the sack on the cake was texted to the Shore boys, things got a little heated. Really, was there any other outcome? The gel-haired guidos of Jersey Shore would get upset at the drop of a hat. The episode ended with everybody hugging it out in forgiveness, of course, because reality TV isn’t real. You can watch a little bit of that below.

Will the new series of Jersey Shore feature any reprisals for the balls cake, or is too much water under the bridge already? You’ll just have to tune in to find out.