Did You Know John Ritter Showed His Nuts On National TV? 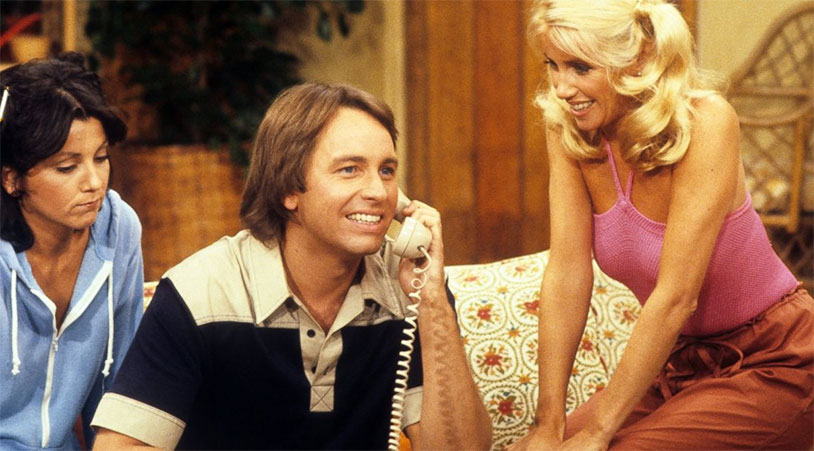 Three’s Company was one of the most iconic and progressive sitcoms of the late 70s, early 80s. It starred John Ritter, Suzanne Somers and Joyce DeWitt as a trio of roommates united by a common lie: Jack Tripper, Ritter’s character, was pretending to be gay to get around the landlord’s rules on co-ed living.

Obviously Tripper’s faux homosexuality was played for broad laughs most of the time, but even approaching that subject matter on TV in the Reagan years was a bold move. The show snuck in all kinds of double entendres and dirty jokes, but it also snuck something else: a flash of John Ritter’s nude balls.

The early 80s were a prime time for short shorts on men, for some reason, and in episode 161 from the show’s final season, Ritter goes into his room to change but gets distracted by sounds coming through the wall. For a split second, he sits in a weird split-legged manner that results in one of his balls popping out through the bottom of his shorts.

Here’s some video so you can check for yourself.

New Now Next has a pretty interesting writeup on the whole situation. Apparently nobody noticed the nut slip until 2001, when the show was airing on Nick at Nite. They wrote the network, who responded with a hilarious and bizarre statement confirming the testicular reveal.

Three’s Company currently airs on the Logo network if you want to keep your eye out for the loose nuts, but it’s possible that they’ve edited the broadcast to remove them.