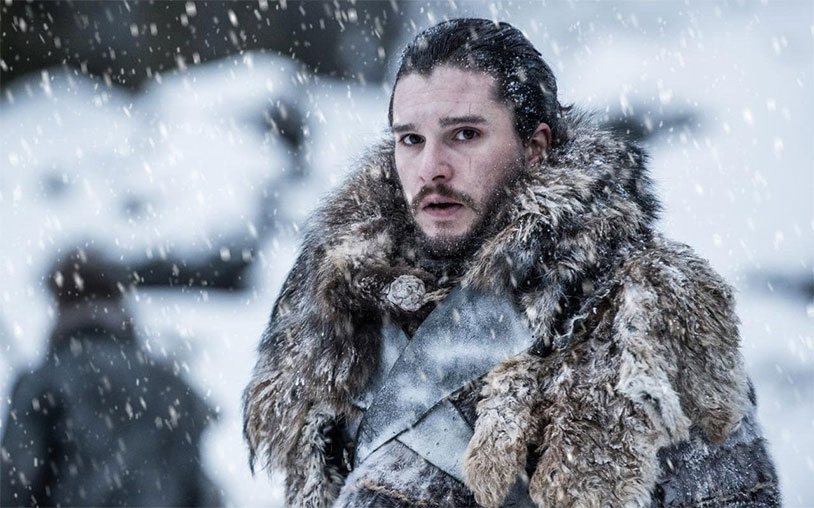 We don’t get a chance to write about the most popular show on television very often here on the Ball Report, but we know that Game of Thrones gets clicks and there’s finally some testicle-related news about it, so it’s kind of a big deal. Actor Kit Harington, who plays Jon Snow on the series, recently appeared in a behind-the-scenes video where he shares an embarrassing anecdote about one of the show’s dragons and his ballsack.

Obviously when the heroes of the show are riding dragons they aren’t astride real enormous lizards. But the special effects standard in scenes like that is to use a device called a “buck,” sort of a second cousin of the mechanical bulls you see at honky-tonk bars. It’s a saddle-type platform attached to a motor and pivot that can move, tilt and rotate. Harington was on one filming a bit where a dragon is trying to throw him off and it did not go as planned.

“There was a bit where Jon almost falls off the dragon – swings round really violent like this – and my right ball got trapped, and I didn’t have time to say stop. I was being swung round. In my head, I thought, ‘This is how it ends, on this buck swinging me round by my testicles.’ Literally. Sorry, probably too much information.”

Yikes. Thankfully, he was able to extricate his ballsack and filming the final season of Game of Thrones proceeded without a hitch. What a thing that would have been to explain to the fans if the injury had been more serious, though.