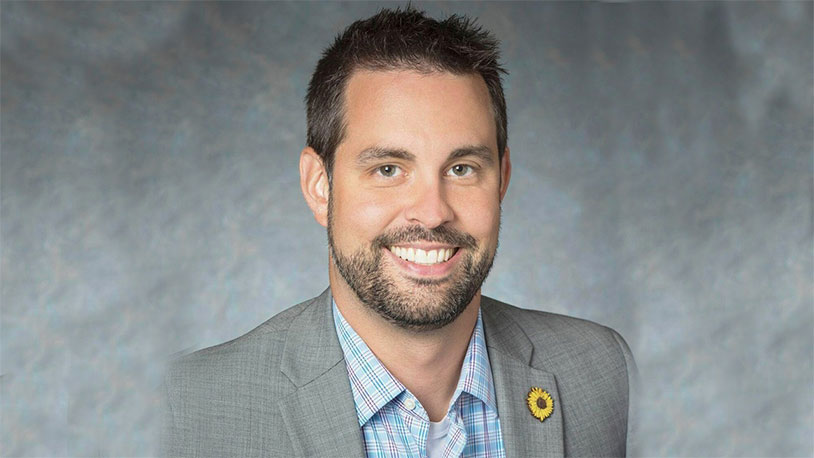 Bad behavior isn’t restricted to any one political party, but we’re still a little shocked at Kansas Republican state representative Mark Samsel, who is accused of punting a teenage boy right in the crotch while filling in as a substitute teacher. A report from a sheriff’s deputy goes into some intense detail about the incident at Wellsville High School on April 28, and Samsel’s justification for his actions are pretty wild.

According to the report, Samsel had accosted the teen during an art class he was teaching, pushing him up against the wall and kicking him in the junk. The teen showed the deputy what was described as a “golf-ball” sized rash and scratches on his back to prove that the assault occurred. Samsel, however, claims that the kick did not make contact and he was just “demonstrating.” Video shot by students in the classroom show the Republican had gone off the rails before that, talking with students about sex, God and suicide and asking one female student if she had “mental problems.”

When deputies questioned Samsel about why he assaulted the teens, he pointed to the ceiling and then stated that God had told him to take the action. “The whole world is telling me not to do it, God said, Yes,” he told police. The deputy also reported Samsel said it was “God’s plan” for him to kick the child. Samsel is slated to undergo a mental health examination. He has been banned from Wellsville High School property for one year, but the Kansas Republican party is not taking any disciplinary action against him at this time.

From his end, he claims the event was “staged” and that he meant for it all to happen, before adding “Topeka sucks.”