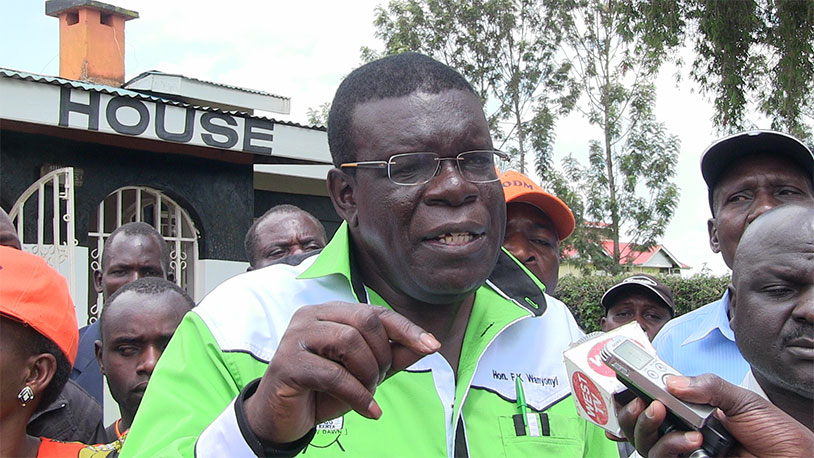 You think American politics are messy? In Kenya, candidates are trying to intimidate each other by squeezing their balls.

Komesa Lupesia is a candidate for the Ford Kenya party (presumably no relation to the car company) who is outspoken against the Presidential aspirations of fellow party member Moses Wetang’ula from Bungola. He claims that, a few days ago, a third politician – MP Ferdinand Wanyonyi – and two other men kidnapped him, tried to intimidate him and then Wanyonyi grabbed his nutsack and squeezed.

“They stopped along the road, dragged me to the back seat and terribly squeezed my valuables and bludgeoned me on the right hand with a rungu as they warned me against interfering with the party’s progress and speaking against Wetang’ula,” said Lupesia. After the conversation, he was put under guard in a parking lot for several hours until police came to retrieve him.

Lupesia was taken to the Nairobi Women’s Hospital, where he was diagnosed with soft tissue injuries to his scrotum. The police are conducting an investigation but it’s unclear what repercussions Wanyonyi and his cohorts will face. It’s kind of crazy that Donald Trump talked about grabbing women by the pussy, but over in Kenya politicians are grabbing each other by the balls.

For his part, Wanyonyi claims that Lupesia was beaten by a gang of youth who claimed they’d been swindled, saying “How could I beat him the presence of police officers and party supporters? The angry youth had been lied to that Wetang’ula would address them at the venue which was not true.”