Kevin Smith Is Fighting The Battle Of The Balls 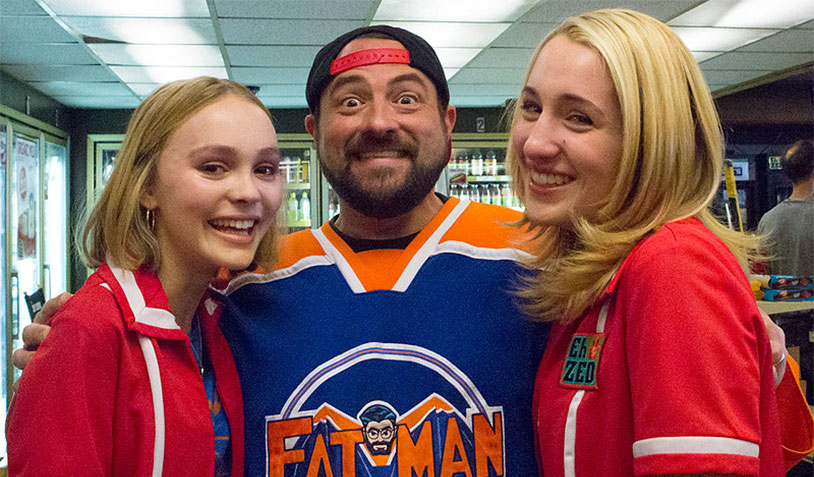 We welcome all allies in our fight to keep balls in the public eye, but we never expected Kevin Smith to sign on.

The cult favorite director is currently in the middle of a feud with the MPAA about his latest flick, Yoga Hosers. The horror-comedy has been described by Smith as a cross between Clueless and Gremlins, and he was hoping to pull in a PG-13 rating to get a sizable audience. The flick stars Johnny Depp, his daughter Lily-Rose and Smith’s own daughter Harley Quinn Smith. Here’s the official summary:

Yoga Hoserscenters on 15-year-old yoga nuts Colleen Collette (Lily-Rose Depp) and Colleen McKenzie (Harley Quinn Smith), who have an after-school job at a Manitoba convenience store called Eh-2-Zed. When an ancient evil rises from beneath Canada’s crust and threatens their big invitation to a Grade 12 party, the Colleens join forces with a legendary man-hunter from Montreal named Guy Lapointe (Depp) to fight for their lives with all seven chakras, one Warrior Pose at a time.

So where do the balls come in? There’s a scene in the flick where Johnny Depp displays a photograph of himself that’s had a scrotum drawn on it. That single shot – an innocuous pair of cartoon testicles, much like the ones you see on the left and right of this website – was enough for the MPAA to slap Yoga Hosers with an R rating.

Obviously, Kevin Smith has no problems making R-rated movies. But he wanted this one to hit the same kind of sweet spot as its influences – to be a fun movie for teens to enjoy without having to take their parents. An R rating kind of craps all over that.

He posted on Instagram about the situation, which he’s referring to as the Battle of the Balls, with hashtag to match. We’re all in, dude. Let those balls free.