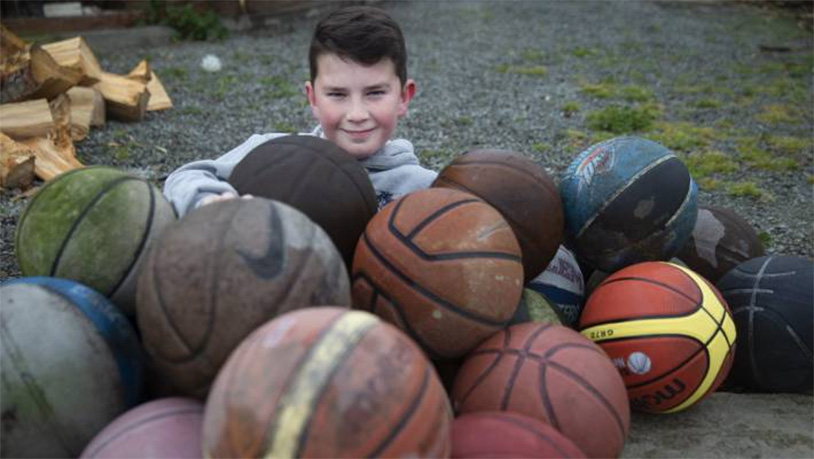 When Ollie Hicks-Sandri told his father that he didn’t have a basketball to practice his skills during a school break, his dad told him to get off of his duff and go search the family’s garden for one. He got much more than he bargained for, as his safari into the bush resulted in bringing back a staggering 58 lost basketballs.

“I was looking for a basketball and found one then found another one. They just kept coming,” Ollie told the media. The insane cache of lost balls comes from twenty straight years of shooting hoops at the property, and when he and his two older brothers would misplace one they’d just buy another or get one gifted for a birthday or Christmas. Not the most budget-friendly decision, as evidenced by the massive load of old ones they found in the foliage.

Not all of the lost balls were basketballs, though – there were 20 or so rugby balls mixed in with the lot. Most of the recovered balls were still in very playable condition and will be used for local sports programs or given away to kids in need, which is probably the best ending that this story could have.