Kids Get A Tennis Ball Surprise – A Poison Octopus 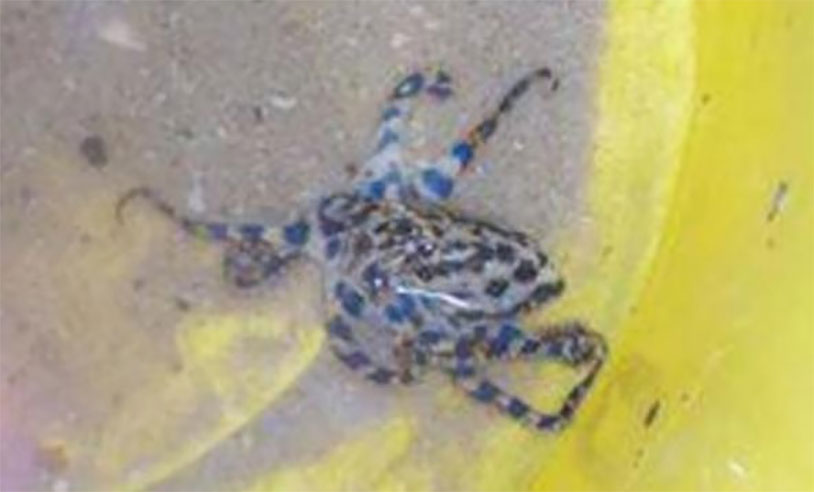 Australia is notorious for housing some of the most dangerous spiders and snakes known to man, but we can add another animal looking to kill you: poisonous octopuses. And while these intelligent animals typically hang out in the ocean, a recent freak story hints that they might be moving onto land as well.

A report on Facebook in the River Guardians group by Kristy Edgelow told the tale:

“These are my photos and my children found this ball in the river with a little split in it, they then played catch with it for a good 15-20 minutes before my older son noticed something moving inside it and we got the fright of our lives when this little fellow popped his leg out and we realized it was a blue ringed octopus. They were so lucky not to have been bitten! My heart was racing that’s for sure..so please watch out.”

The blue-ringed octopus is a small and generally docile beast, but that doesn’t keep it from being one of the most venomous marine animals in the world. They carry enough venom to kill 26 adult humans, and their beaks are so small that the bites are virtually impossible to feel. If the ball-hiding octopus had wanted to, it could have taken all of those kids out without breaking a sweat.

It’s pretty doubtful that every abandoned tennis ball in the world is hiding a toxic octopus, but at least one was.