Kids Stationery Set Had A Harry Ballsack In It 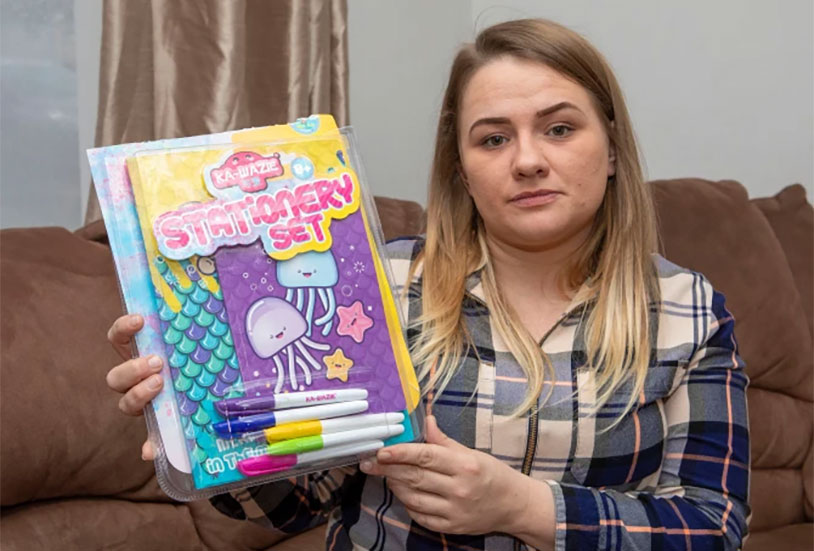 The adult material was attached to the inside front cover and appears to be material from an adult-oriented board game called Sex & Intrigue. In addition to the dirty names, they also feature checkboxes for sexual positions, toys and more. It’s quite shocking, but was probably inserted into the stationery by a printing mistake. Because the set was sold sealed in plastic, there was no way for the friend to check before giving it to Chloe.

The set was purchased at The Entertainer in Cardiff, Wales, and when contacted store representatives said that they had pulled the stationery from shelves until they figured out how the adult materials got mixed in with kid stuff. “It’s absolutely shocking and totally inappropriate,” her mother told the press.