Did You Know The Female Spotted Hyena Has A Fake Scrotum? 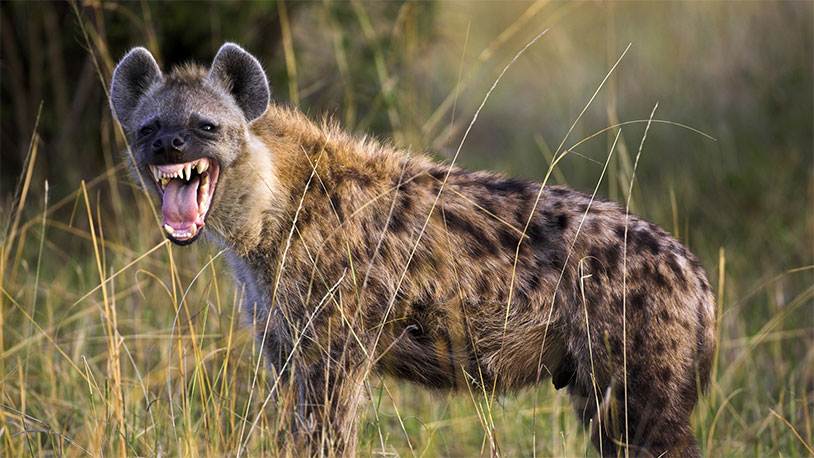 We like to delve into the bizarre inner workings of the animal kingdom now and again for story ideas, and when we were doing some light reading we discovered something very unusual about the spotted hyena, that rapacious scavenger of Africa notorious for their laugh-like bark. Here’s a warning: this gets pretty weird.

Spotted hyenas breed much like any other mammal – the males put their penis inside the female’s vagina and ejaculate sperm, which then incubates and is born. But the genital region of the females is pretty damn intense. Case in point: the “pseudo-penis” that can grow to eight inches long and is actually a huge clitoris. Beneath it, the female actually sports a phony ballsack as well.

What’s the evolutionary reason for this bizarre setup? Scientists aren’t entirely sure, but there are some theories. The most compelling is that it’s an anti-rape device, visually confusing male spotted hyenas into thinking that the female is another dude and shouldn’t be mated with. That seems like a lot of work, especially for an animal that hunts by scent, but who knows?

The female spotted hyena is the only animal we’ve ever heard of with a fake ballsack, but nature never ceases to surprise.