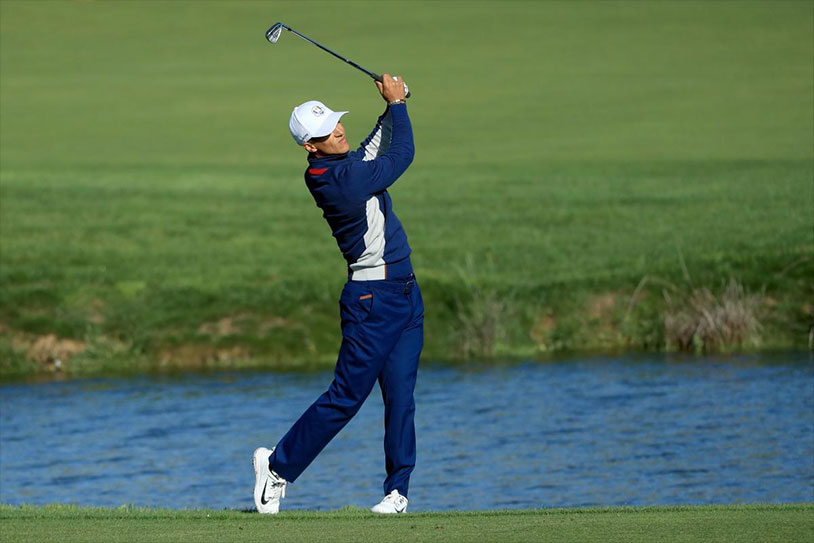 Yikes. Yikes yikes yikes. Last weekend’s Ryder Cup boasted some exceptional play from some of golf’s greatest names, but it also featured a stray ball off of a Brooks Koepka tee shot that resulted in one of the most gruesome injuries the sport has ever seen.

Koepka was teeing off on the sixth hole after having a solid opening day, but in one of those flukes that happens every once in a while, instead of heading towards the green it whipped right into the crowd and hit a 49 year old woman named Corine Remande right in the face. Golf balls leave the driver at around 180 miles per hour for a pro swing – some even faster – so the little white orb quickly turned into a deadly projectile. Spectators on the scene said that Remande’s eye “exploded” on impact.

Play was immediately halted and Koepka rushed into the crowd to comfort the woman as medical staff arrived. She will lose sight permanently in one eye and her socket is fractured. Remande doesn’t blame the golfer, but plans to file suit against the Ryder Cup organizers for inadequate safety procedures. As she left the hospital, she remarked “Quite clearly, there is responsibility on the part of the organisers. Officials did not shout any warning as the player’s ball went into the crowd.”