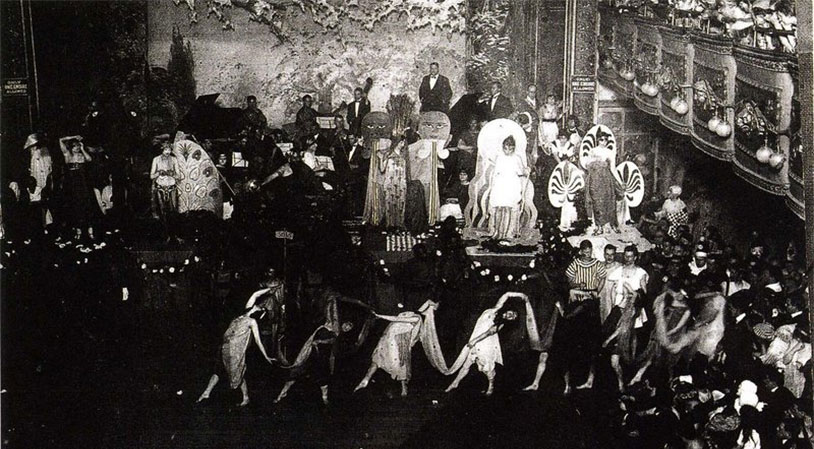 One of our favorite shows on the air right now is Ryan Murphy’s Pose, which takes place in a late 1980s New York City revolving around “drag balls,” events where people of all sexual and gender stripes get together to strut their stuff in wild and outrageous outfits. But a recent article taught us that these parties weren’t an 80s invention – in fact, they’re part of a tradition that stretches back to before the 20th Century.

The scene is Harlem’s Hamilton Lodge, a hotspot for gay life in the Big Apple. In the late 1800s, it became a gathering place for massive parties, and by the 1920s it was one of the most visible gay-friendly institutions in the country. It was so known that in 1919 a watchdog group called the Committee of Fourteen released a scandalizing 130 reports on the activities there to try and turn public pressure towards closing the Lodge down.

It didn’t work, and throughout the 1920s and 1930s the Hamilton Lodge hosted regular drag balls featuring wildly dressed performers and patrons. These parties were one of the cores of the Harlem Renaissance, and attracted guests from all over the East Coast. Click through for a really fascinating archive of contemporaneous news articles and editorials.