Learn How Scientists Use Balls To Study Dog Minds 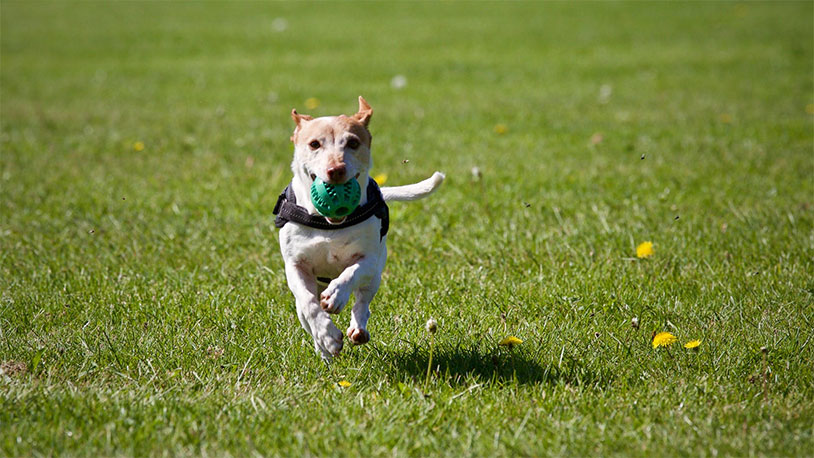 If there’s anything we know about dogs, it’s that they love balls. The simple pleasure of playing fetch with your canine companion is one of the best things in this poor universe. But that same affection can also help scientists
learn more about how dog minds work. Scientific American recently did a round-up of some studies that use dogs and balls to explore the mental minds of canines, and it’s pretty fascinating.

One study examined the concept of “size violation” – if an object is removed from view and then returned at a different size, do dogs understand that it’s not the same object? In that study, female dogs seemed to grasp the concept but male dogs did not, which set researchers off on a whole new line of inquiry as to the biological differences between canine gender minds.

Another experiment probed into dog minds by exploring the different vocalizations that dogs make when they’re trying to communicate with humans. The scientists discovered that there is a very distinct and identifiable bark that your pet makes when they really want a ball, for example. Congratulations to the makers of the humble toy ball for creating a device that researchers can use to learn so much about our animal buddies.