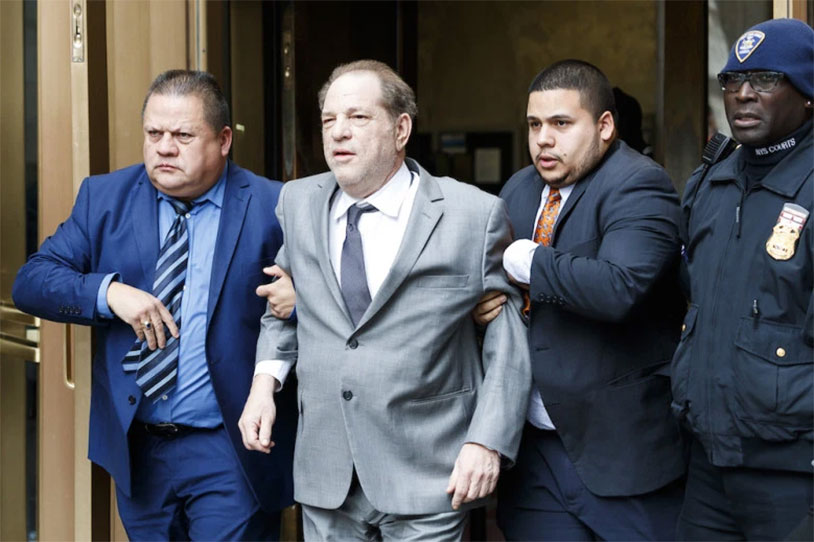 The journey to bring Hollywood superproducer Harvey Weinstein to justice after a career filled with predatory behavior towards women was a long and difficult one – read Ronan Farrow’s excellent Catch and Kill for a picture of how many powerful people across media and politics worked to protect him – but one of the key pieces of evidence that was required to convict him was below his belt.

Multiple victims testified that Harvey’s groin was not like anything they’d seen before, with Jessica Mann telling the court that he “appeared to have scarring as if from burns in his nether region.” We now know that those were not burns, but rather scarring created by an infection known as Fournier’s Gangrene. This rare microbial infection is similar to traditional gangrene, but while that disease typically affects hands and feet, Fournier’s targets the perineum and genitals.

Apparently, the microbe entered Weinstein’s body in 1999 during an event in which he had to be evacuated from St. Barth’s Hospital. At the time, the producer claimed that he’d eaten something that didn’t agree with him, but the truth was that he’d acquired the gangrene from an unknown source. It went on to ravage his gonads so badly that Mann at one point thought he had been born intersex. It’s unknown whether this damage contributed to his psychopathic, predatory mindset.

Harvey Weinstein is facing 23 years in jail for his crimes, as new victims continue to come forward.