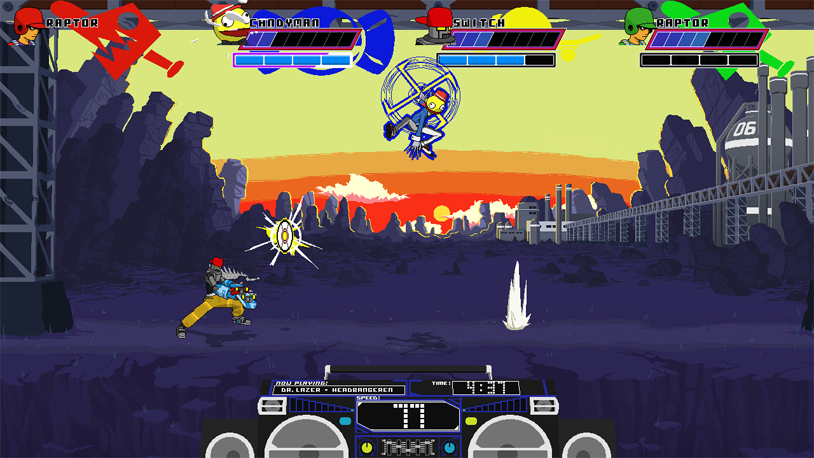 If you’re looking for a new video game that’s all about the balls, why not give Lethal League a try? The indie PC title developed by Reptile Games posits a ball as the most dangerous force in the universe and lets you slam it into your friends’ faces.

The gameplay should be familiar to anyone who has played classic games like Street Fighter or Smash Brothers – you’re trying to knock out the other players and be the last man standing. Unlike those games, however, you don’t damage your foes by direct attacks. Instead, your goal is to whack a floating “anti-gravity ball” into their heads – but they can also reflect it back at you.

The ball gets faster every time it’s hit or bounces off the walls, so the game quickly becomes a frantic rush for positioning. Up to four players can square off at once, making it a great party game.