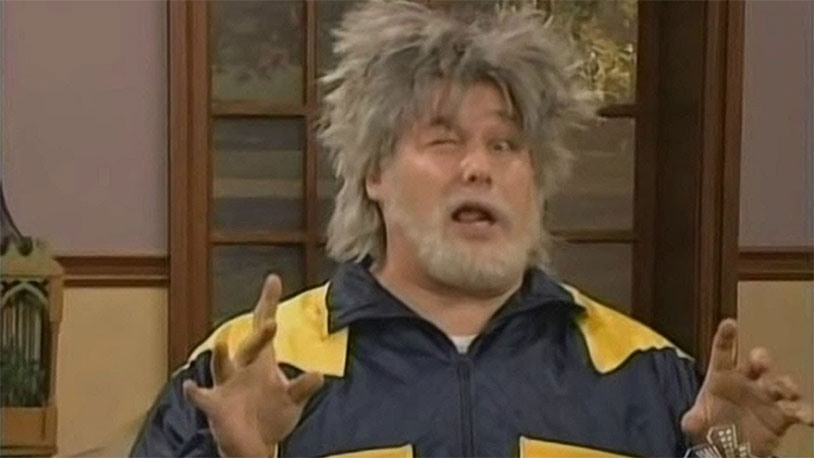 MadTV never really got the respect it deserves, in our humble opinion. The Fox late-night sketch show was always seen as an inferior SNL ripoff, and although they definitely had some uneven bits, the good stuff was very funny and it gave a few talented actors a place to hone their chops. One of those stars was Will Sasso, and one of his best bits was his recurring (and deeply weird) Kenny Rogers impersonation.

At the time, Rogers was appearing in television commercials for his Kenny Rogers Roasters fast food chain. With a zonked-out, heavily slurred demeanor, the singer was ripe for parody. Sasso incarnated his cloudy, bearded persona into some deeply weird spots. The first one put him as the host of Jackass, the then-hot MTV prank show. It was so successful that they spun it off in numerous ways.

Relevant to our interest: the “Kenny Rogers Testicular Exam,” where Sasso’s Rogers pitches a roaming testicular cancer screening clinic traveling from mall to mall in the United States.

It’s a pretty good bit, and who knows? Maybe it got viewers thinking a little more about their own ballsacks and spurred them to do a little self-examination of their own. You don’t have to be Kenny Rogers to perform a testicle check.