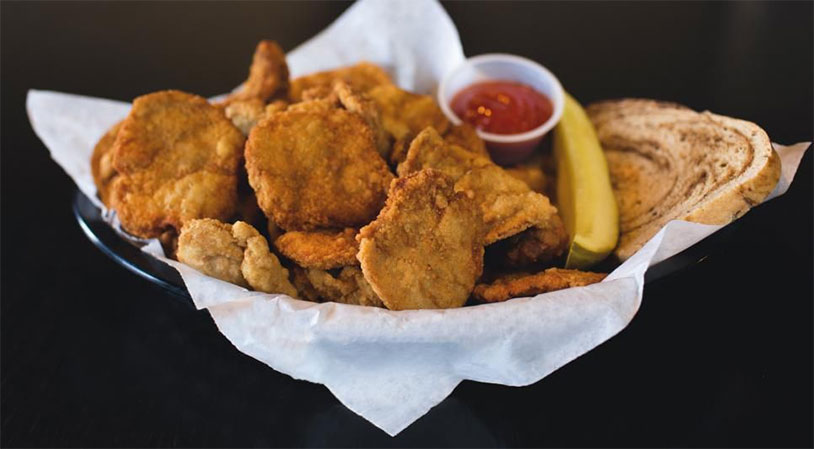 If you were to plot the locations of testicle festivals on a map of the United States, there would probably be some surprising outliers but the majority would fall in America’s heartland, the cattle ranching midwest where Rocky Mountain oysters find their way onto the menu. One of the most long-running of such events is entering its 24th year outside of Lincoln, Nebraska.

The Round The Bend Steakhouse plays host to the event, which expects to go through 2,500 pounds of bull testicles in a single weekend. The regional term for the dish is “beef fry,” and it’s prepared expertly and paired with delicious dipping sauces. Massive crowds from all over the region flock to test their gustatorial guts, and the restaurant is also adding a competitive eating event to the festivities. There will also apparently be a mascot on the premises, live music and “adult trike races,” whatever the heck that is. It promises to be a real good time.

It costs $5 to get in, but active duty military with ID are free. You’ll have to pay extra for food (including beef fry) when you’re there. The Testicle Festival is this Friday and Saturday, 5pm to midnight at Round the Bend Steakhouse, 30801 East Park Highway, South Bend.

Read more at the Journal-Star.