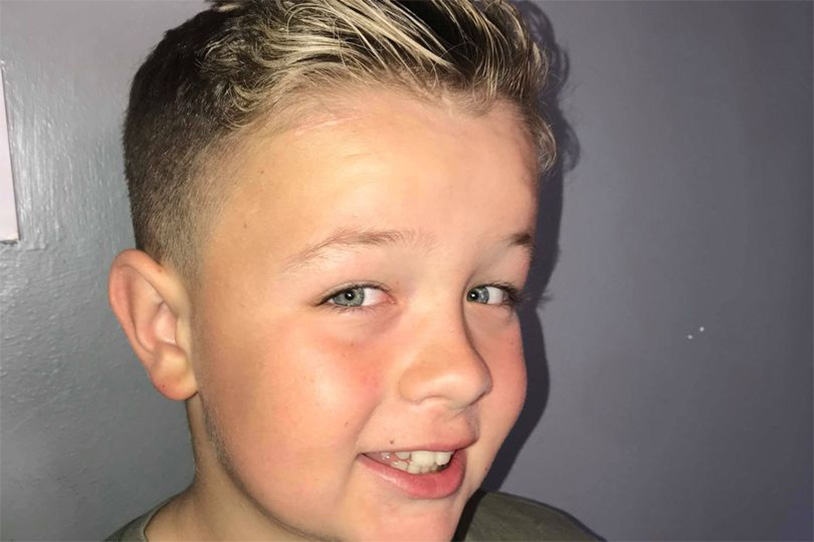 Battling testicular cancer can be a lonely struggle. But one young father has an unlikely ally, as his nine year old son is shaving his head to raise money and awareness for the disease.

Jonny Jackson was diagnosed with a tumor on his testicles at the age of 21, and the father of two was shocked when doctors told him that it had already spread to his abdomen. He underwent difficult surgery and multiple courses of chemotherapy, and his toddler son Kaleb watched him go through it all. After the testicle was removed, Jonny managed to father another child even though doctors warned it might not be possible.

As the chemotherapy caused the man’s hair to grow out, he let Kaleb be part of shaving his head to involve the little guy in his treatment process.

Jonny is in recovery, but when a recent hospital visit showed an unusual growth in his back, his family was scared. Young Kaleb wanted to do something to support not only his dad but the nurses at British charity MacMillan Cancer Support. To raise money for the group, Kaleb is going to shave his precious hair, and is hoping to get £1,000 in donations for the deed.