London’s Getting A Two Floor Ball Pit Bar, But Will It Stay Clean? 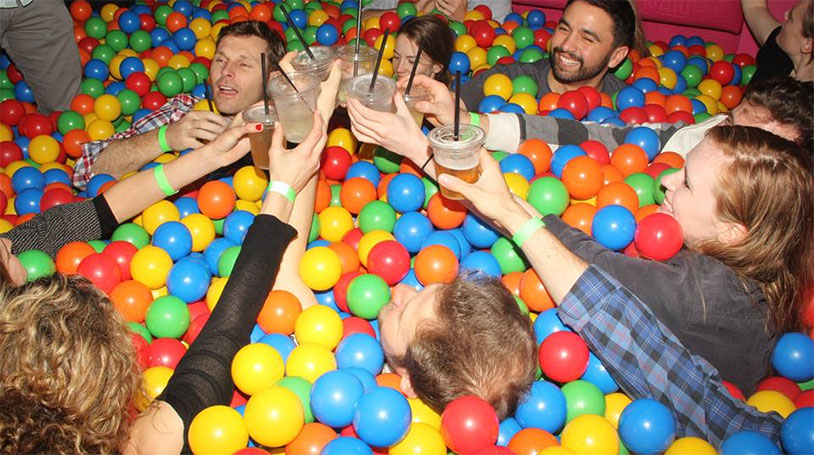 We’ve talked about the world of adult ball pits more than once on this website, but now somebody’s bringing alcohol into the mix. Bold promoters in London’s Dalston neighborhood are opening a ball pit bar so you can knock back drinks while lounging amidst thousands of hollow plastic balls.

The name of the joint is BallieBallerson (obviously taking inspiration from the boat they named Boaty McBoatface), and it opened its doors on November 4th. The two-story pop-up bar is only set to stay in business until the end of 2016, so if you want to get in on the action you need to act fast.

Over 200,000 plastic balls will be in various locations in the bar, with a DJ booth set up in the middle to play the latest bangers. Also floating around will be foam toys and other implements of merriment. What do you think? Will they be able to keep a ball pit bar relatively clean after an onslaught of punters, or are those balls going to be coated in pee, puke and other awful fluids before December rolls around?

You can visit BallieBallerson at 79 Stoke Newington Rd, N16 8AD.

Time Out has more details.