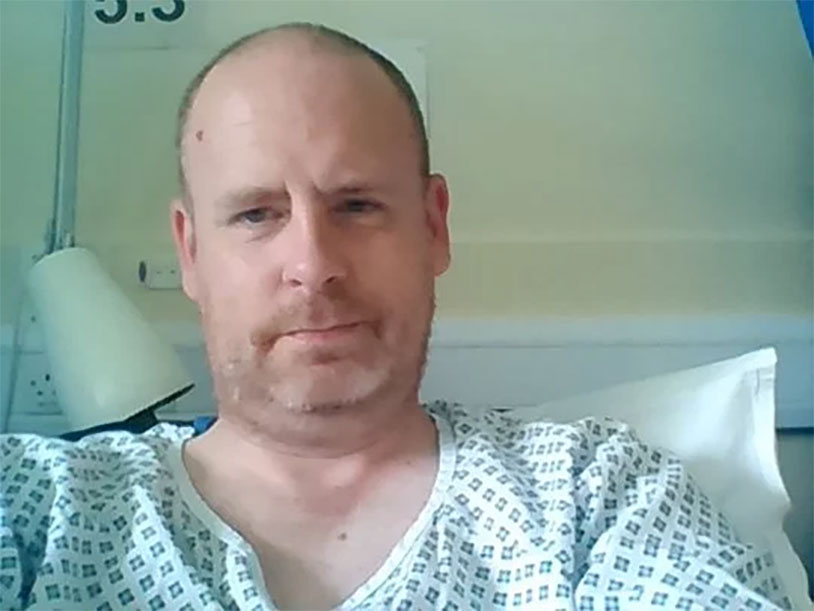 We write a lot on this site about the many benefits of catching testicular cancer early through regular self-examination. Probably the biggest is that you can detect it before it spreads into parts of the body that are trickier to treat, but there are plenty of other reasons to report any unusual growths or pain in your ballsack to a doctor as soon as possible. Case in point: the tale of Ben Twemlow, who survived cancer only to discover that the psychological scars from losing a testicle were affecting his sex life.

Twemlow was originally diagnosed with an infection in his scrotum, but when antibiotics didn’t do the trick he got a second opinion and discovered it was cancer.

Ben proposed to fiancee Andrea on the eve of his cancer diagnosis, realizing that there was no time to waste. The treatment went well, involving an orchiectomy to remove his right testicle, but as he recovered he noticed that his libido was almost entirely gone.

“Before the cancer, I had sex a good three to five times a week with Andrea, but afterwards it was very far from my mind and we’d be lucky if we made love once in a fortnight.”

Hopefully Ben’s sex life will improve with time as he grows accustomed to his new situation, but his story is an important one. Minimize the damage to both body and spirit by getting yourself checked on a regular basis.