The Louder The Monkey, The Smaller The Testicles 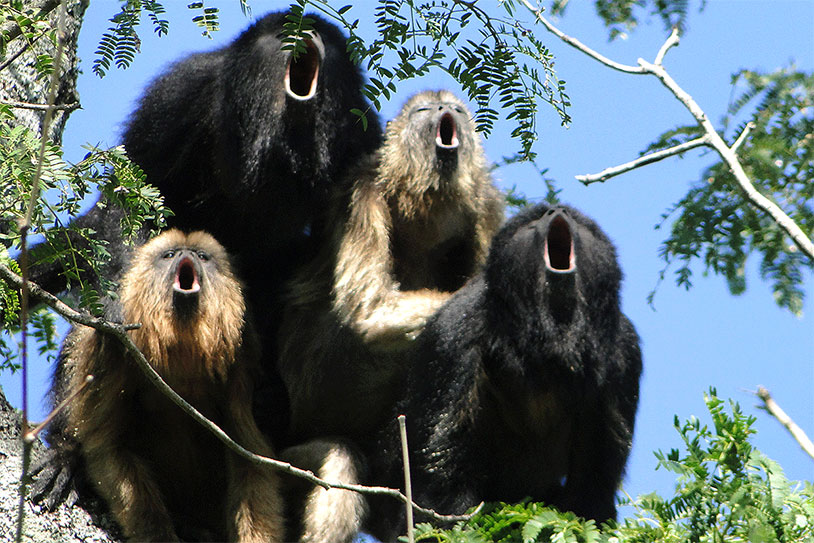 The animal kingdom can teach us many lessons about human behavior, but a recent study shows that we might be closer to our monkey ancestors than we think.

A 2015 study in the journal Current Biology attempted to find a correlation between the characteristic hoots of howler monkeys and their sexual fertility. The results were unsurprising.

You know that dudes who talk up their game in the sack aren’t always as popular as they claim to be, and that’s true in the jungle as well. Howler monkeys with louder roars pay for it in gonad size and the amount of sperm they produce. The team studied nine distinct species of the animals and discovered a close correlation between vocal capacity and sexual prolificity.

The loud calls of the howler monkey are an example of something Charles Darwin called “sexual selection” – an evolutionary modification over many generations that enables the animal to attract a mate more easily. It’s interesting that as the animals became more efficient at attracting sex partners, they became less efficient at actually making monkey babies.

University of Cambridge professor Dr. Jacob Dunn had this to say about his findings:

“It may be that investment in developing a large vocal organ and roaring is so costly that there is simply not enough energy left to invest in testes.”

“Alternatively, using a large vocal organ for roaring may be so effective at deterring rival males that there is no need to invest in large testes.”

Whatever the cause for this fascinating phenomenon, it gives us something to think about the next time we’re at the bar and some oaf won’t stop bragging about his sexual conquests. We’re all monkeys, after all – some of us are just a little more evolved.