Madagascar Hissing Cockroaches Can Grow Giant Testicles At Will 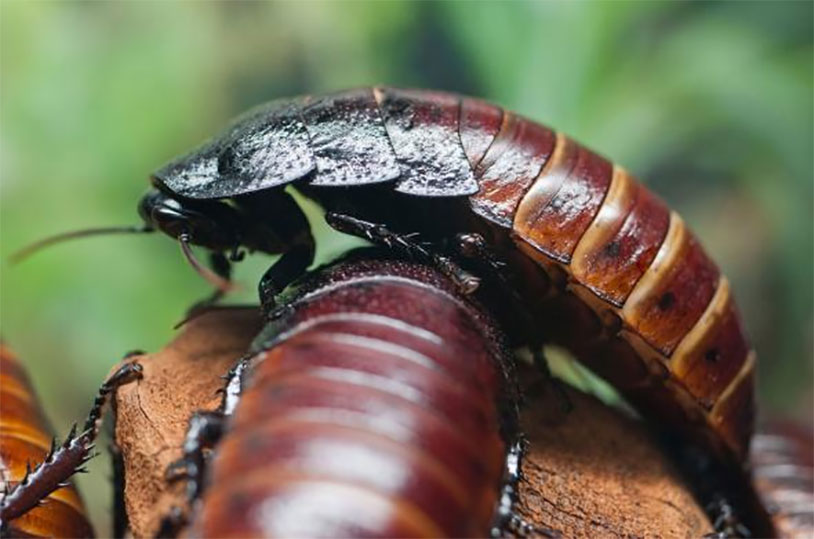 As a human, we’re used to having our balls at hand whenever we need them. But what if we could grow a pair only when it was time to make babies? Would that be helpful or really awkward? Ask Madagascar hissing cockroaches, which can do just that.

National Geographic has more on these fascinating and sort of disgusting bugs. A new study from the University of Nottingham about their reproductive habits revealed some interesting discrepancies. Cockroaches have to fight over females to get the chance to breed, using horns on their heads to flip opponents over. Researchers found that some of the bugs had bigger horns but smaller testicles, and vice versa. But this choice isn’t pre-determined.

During the final molting stage when the hissing cockroach sheds its outer skin and attains its full size, it seems to make a conscious choice depending on how well it’s life has gone so far. If it has used its horns and battled other bugs already, those horns will get bigger. If not, it’ll put resources into testicles, so if it does get the chance to mate it will be more likely to pass on offspring.

Cockroaches aren’t the only insect that can make this sort of choice as they grow, but it’s fascinating how much difference it makes in their lives. Would you trade 10% of your ball size for slightly larger hands, or better eyesight? We probably wouldn’t, all things considered.