Would You Make Granola Balls With Red Bull? 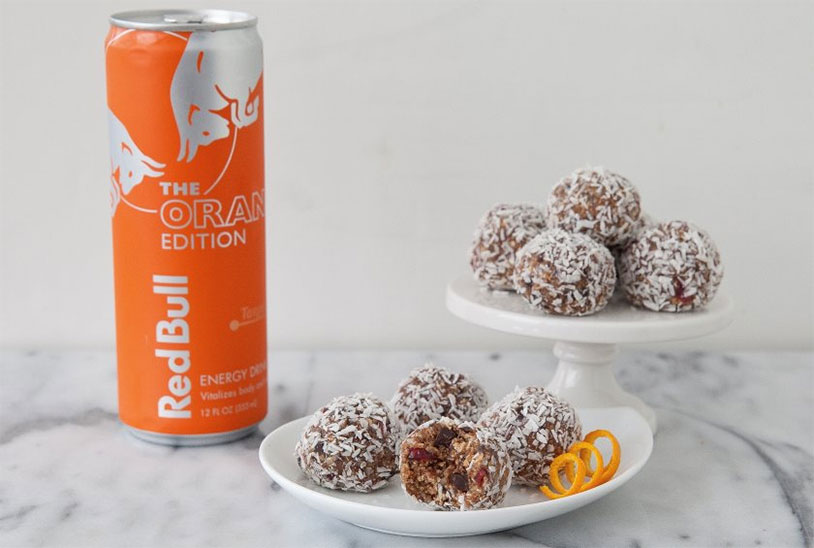 It’s crazy how Red Bull has transformed from a niche product to the market leader in a whole genre of energy drinks. When the beverage first landed on American shores in 1997, there was nothing else like it. Based on a Thai beverage, the caffeine-loaded can quickly found a niche as an alcohol mixer that lessened some of the sopoforic effects of booze. It wasn’t long before dozens of competitors and imitators joined them.

Red Bull is far and away the market leader in the energy drink world, but the manufacturers aren’t resting on their laurels. They’re continually introducing new flavors, can sizes and other ways to enjoy the product. Case in point: the newly-released Orange Edition, which adds some citrus to the flavor profile. But what if you don’t feel like downing a beverage? Now you can enjoy Red Bull in solid form, courtesy of these energy balls.

Remove dough and form into 1-inch compact balls with your hands. Roll in coconut.

Place balls on a wax paper lined sheet and let stand for an hour or so, then transfer to a tin or container with a tight lid. The granola balls will keep for at least a week at room temperature, or they can be chilled.
Recipe courtesy The Daily Meal