How To Make Perfect Rice Balls 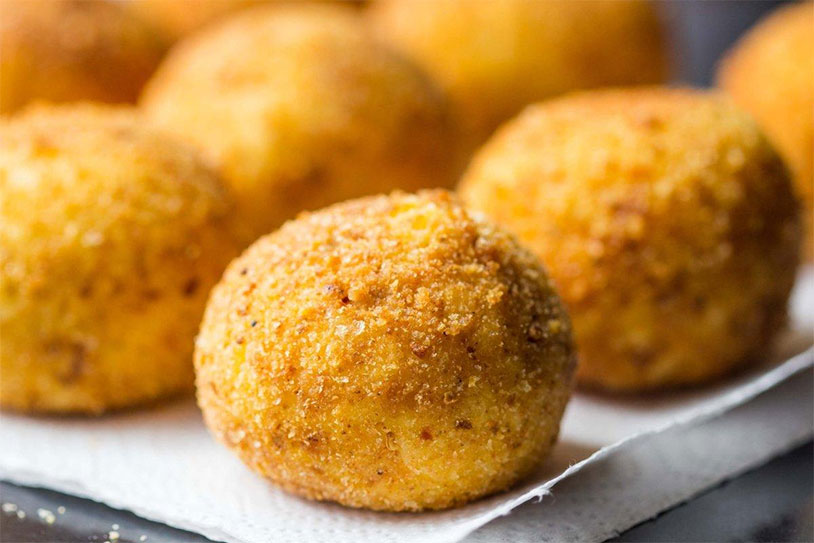 One of the classics of Italian cuisine, arancini – also known as rice balls – are delectably savory fried wads of rice, sausage and seasonings that are impossible to put down. But making them at home is a bit more difficult than boiling up a pot of pasta. In celebration of “arancini” being added to the latest edition of the Merriam-Webster dictionary, the New York Daily News has published an in-depth examination of the art of the rice ball.

Italian rice balls originated in Sicily in the 10th century as a way to use up leftover risotto. Over the years, they became a popular street food, like many deep-fried dishes. It’s important to let the rice cool when you make them so they stick together better in the fryer. Chefs also insist that you fill the frying pan with enough oil to completely soak them on all sides.

Some restaurants stuff their rice balls with peas and meat, but the traditional preparation just uses slowly sauteed onions and fennel for a little bit of flavor. However you prepare them, arancini are one of the all-time great appetizers and deserve a spot on your table.