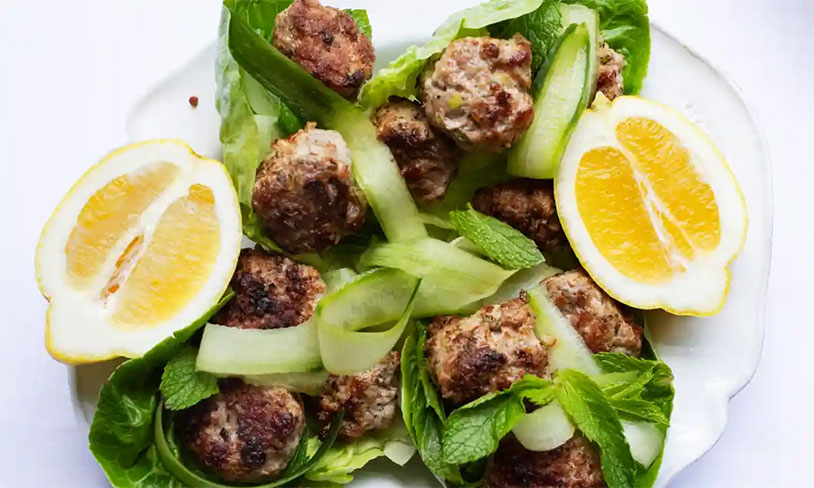 British food obviously gets a pretty bum rap on the global stage, and much of the cuisine of the U.K. deservedly earns that derision. But this recipe for pork ball parcels actually sounds pretty decent, all things considered. This recipe comes from Nigel Slater, the chef who has been the primary food writer at the Observer for over a decade. He’s known for food that is comforting and filling without being overly complex to make.

These delectable pork ball parcels are a great illustration of his philosophy. Made with just a handful of ingredients, they pack a ton of flavor and are easy to serve and eat. The meat is just a part of the dish, with the real cleverness coming in the cold vegetable preparation. Cold leaves of gem lettuce are combined with thinly-shaved slices of cucumber, mint and cilantro to provide a refreshing bite during the hot summer months. Squeezing lemon over the top adds a little kick of citrus to bring all the flavors together.

While the name of the dish isn’t the most appealing we’ve ever heard, even with our fondness for balls, the flavor profile on offer here is spectacular. If you make them let us know how they turn out.