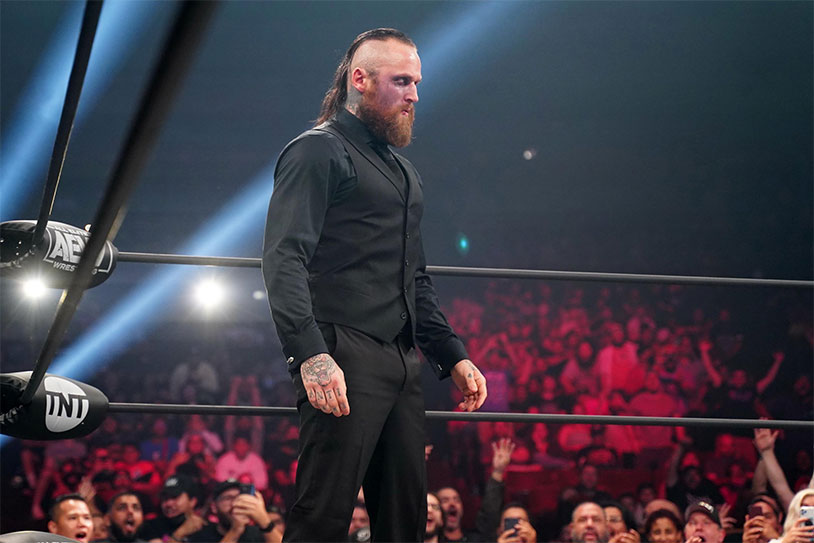 Professional wrestling, although at its core a fake exhibition of fighting, can still be extremely hard on your body. Just ask Malakai Black, the professional wrestler who recently made his AEW debut. While working at competitor WWE under the name Aliester Black, he “shattered his testicle into seven pieces” during a match.

In an interview with Sean Waltman’s ‘Pro Wrestling 4 Life’ podcast, Malakai Black talked about an incident in 2018 when he was wrestling Tomasso Ciampa in NXT. The duo did a spot where Black landed groin-first on the ring post – nothing particularly new or dangerous, but the angle he hit at was so intense that it ruptured one of his testicles. Amazingly, he was able to work through the pain and wrestle for 22 more minutes, but the instant he got backstage he collapsed.

Some of his cohorts thought he was just kidding around, but it soon became apparent that the injury was the real deal. Black was taken to the hospital, where he had to wait another six hours before getting surgery to deal with it. Talk about adding insult to injury! Thankfully, the wrestler was able to make a full recovery, and after being released from WWE earlier this year Malakai Black is looking to make a huge impact in his new promotion, balls and all.