Male Birth Control Is An Injection To The Balls 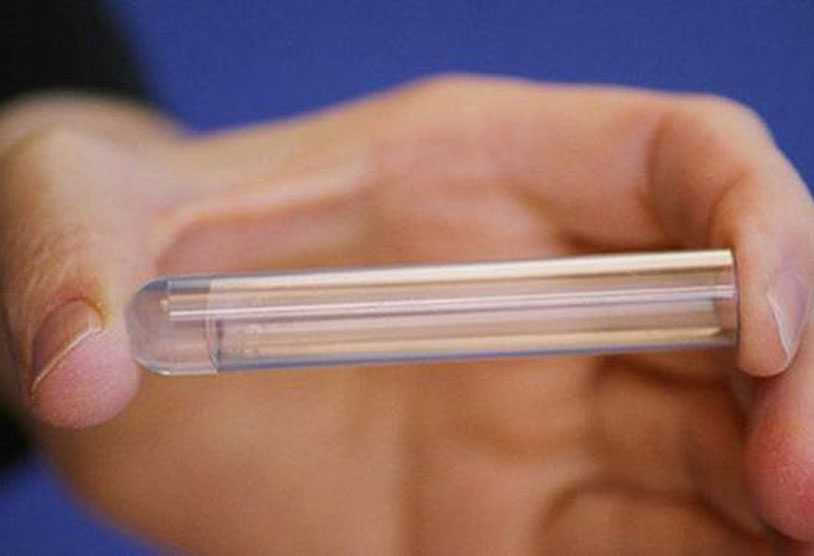 One of the greatest inequalities in the sexual world is the burden of birth control. Women have a wide variety of measures they can take to keep from becoming pregnant, from IUDs to implants to the Pill. Male birth control? It’s condoms or nothing. All of that could change by 2018, though, because a product called Vasalgel is in final clinical trials, and it’s the first real birth control product for men.

Female birth control works in a number of different ways. Some products manipulate a woman’s hormones to prevent their eggs from being released to be fertilized, while others thicken cervical mucus to keep sperm out. A man’s sexual anatomy is a bit more direct, though: as long as those little swimmers live and can jet out of the penis, they can make a baby. Condoms, of course, catch sperm for easy disposal, but until now the only other way a man could prevent becoming a father was through a vasectomy – having a surgeon cut the tubes in the vas deferens that carry the sperm.

Vasalgel works kind of like that, but with the advantage of being easily reversible. The process comes in the form of a polymer injection that goes into the vas deferens through the scrotum and obstructs the flow of sperm (don’t worry, they don’t get backed up in there – when they die, they dissolve back into your system). It’s based on a similar product called RISUG that’s been tested in India for over 15 years, so there’s certainly some scientific basis behind it. When you decide that you want to be fertile again, another injection flushes the polymer out of your tubes and voila! You’re back to full baby-making strength.

The Parsemus Foundation is creating Vasalgel with the intention of making it available at low cost as a social good, and they hope it will be available to the public in the next few years. Learn more about it at their project page. So what do you think about this new form of male birth control? Would you take a shot to the balls to skip wearing condoms forever?