Man Discovers Testicular Cancer Thanks To A Beer 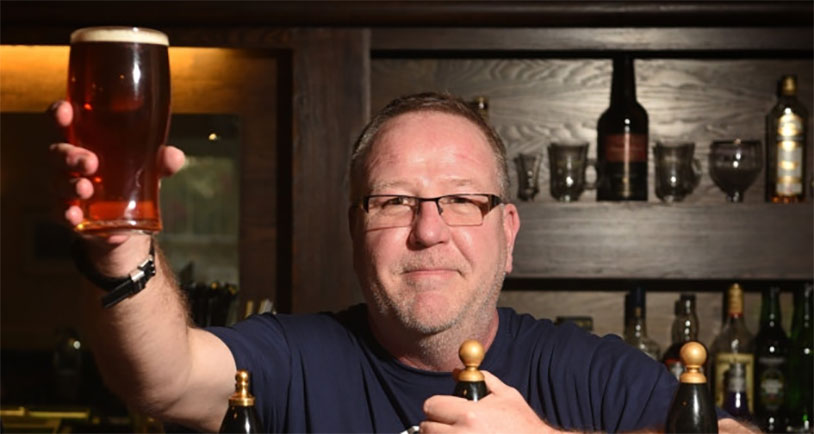 The fight against testicular cancer has led us to many unusual allies, but this one’s new to us. A man in Drayton, England was alerted to a lump in his scrotum due to a beer.

It wasn’t just any pint of ale. Alan Pickering was at his local when he ordered a glass of Tobi’s Tipple, a special beer made by Norfolk Brewhouse specifically to raise awareness of testicular cancer. Working with British charity It’s On the Ball, Norfolk created pub collateral to go with the campaign, including a poster hung in the bathroom. That poster was what caught Pickering’s eye after he downed his pint and went to relieve his bladder.

As he stood in the bathroom, the 54 year old man took a reach down there and discovered a lump. Because he was paying attention to the poster, he knew that it was serious and immediately made an appointment with his doctor. One specialist referral later and Pickering had a diagnosis of stage 1 testicular cancer. Because he’d spotted it early, the cancer didn’t have a chance to spread.

Pickering underwent treatment and now is set to make a full recovery. He makes sure to credit the beer from Norfolk Brewhouse as an essential component of his treatment, and Tobi’s Tipple has returned to taps all over the country to inspire a new generation of men to check things out down there.

Kudos to EDP24 for the writeup.