Man Diving For Golf Balls Gets Arm Chomped By Gator 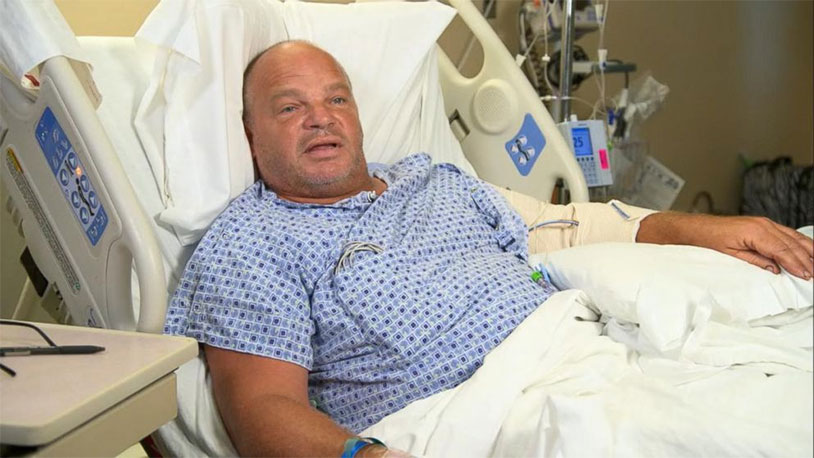 We’ve reported on people who make a living by diving for golf balls once or twice, and for the most part it’s a pretty low-stress job. But a Florida man named Scott Lahodik proved the exception when he got his arm chomped hard by a hungry gator.

Lahodik has been a full-time golf ball retriever since retiring from the Army in 1988 and until this hasn’t had a single problem. But when he was scavenging balls from a lake in Fort Myers when a massive gator attacked him. The reptile clamped down on his arm and started trying to drag him deeper into the water. Bleeding badly, Lahodik started punching the alligator in the sensitive spot between the eyes.

It released its grip and the golf ball retriever managed to crawl to shore. He knew that if he passed out on the green the gator might come back for him, so he got into a golf cart and managed to drive to safety, calling his wife as he did so. He was taken to the hospital and patched up with 400 stitches and staples. In an interview he stated that his golf ball salvage days were over.

CBS Local has more on the story and video.