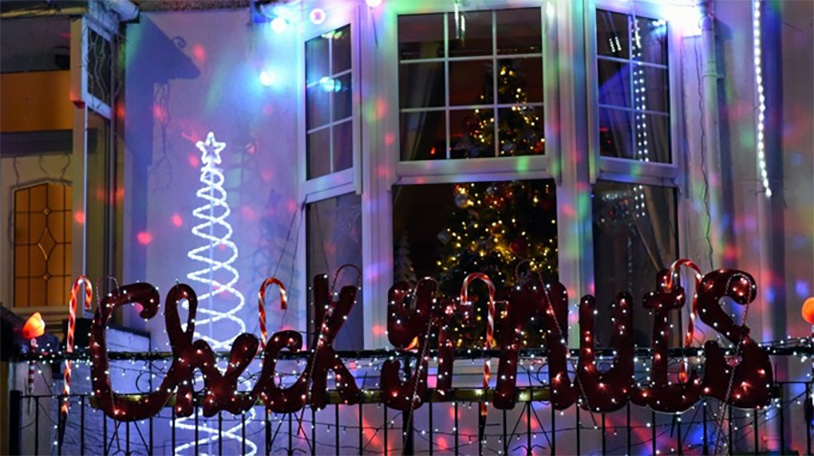 Here at the Ball Report we’ve seen hundreds of different ways for people to raise awareness of testicular cancer, but enterprising survivors keep on surprising us. The latest way men are being told to check their nutsack once a month for anything unusual comes courtesy of a man’s Christmas lights.

41-year-old Christian Roach found out he had testicular cancer during the last holiday season. It had progressed to the degree that he had to have one of his nuts removed as well as a two-month course of chemotherapy, but thankfully he’s free from the disease and looking to help out others.

Christian knows that being aware of his gonads saved his life, but he found it hard for a time after his diagnosis to speak publicly about testicular cancer.

“Going back when I had it, if someone had said I’d be doing something like this now, I wouldn’t have thought so If I’m honest.”

Thankfully, he found his courage and decided to transform some of his Christmas lights into a billboard that could save lives. When Santa comes down the chimney, maybe he’ll remember to reach down the front of his boxers and make sure everything’s nice, not naughty down there. Testicular cancer is the ultimate coal in the stocking, after all.