Man Gets 1 Year In Jail For Testicle Assault 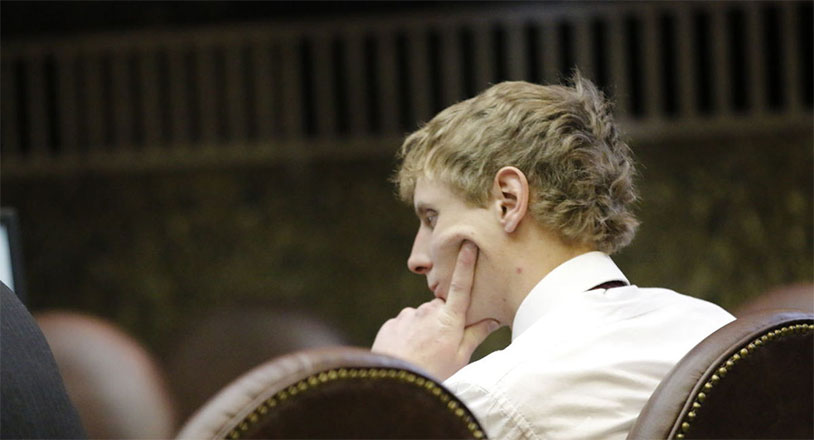 As you know, on the Ball Report we’re all about increasing respect and awareness for testicles. So when we see something as heinous as an unprovoked assault on another man’s balls, it makes us pretty angry.

That’s why we’re pleased to report that, in at least one case, justice has been done. Harrison Judge John Lewis Marks Jr delivered sentence on 26 year old Justyn Paul Humphrey, of Clarksburg, West Virginia. Humphrey had been convicted of assault in a brutal attack on his then-roommate, who had to be airlifted to Ruby Memorial Hospital.

The assault happened in April of 2015, when an argument at the duo’s Third Street home escalated into physical violence. Humphrey got the better of that situation, knocking his roommate to the floor and kicking him repeatedly in the groin. The victim had visible swelling when police arrived, and at the hospital he underwent treatment for internal bleeding and other injuries.

Tragically, one of his testicles was too damaged and could not be saved. The trial told a bizarre tale. The victim had been drinking and hallucinated that his dead brother was talking to him. Addled, he thought Humphrey was making fun of him for hearing ghosts, which spurred the argument. On his side, the assailant claimed that he was acting in self-defense, but the nature of the injuries called that claim into question. Humphrey also had a prior domestic violence charge against him, which didn’t help his defense.

The Exponent Telegram has the sentencing in a roundup of other court news. Humphrey was angling for probation or house arrest, but was denied. The maximum sentence for this kind of assault is five years, and although we wish Judge Lewis had thrown the book at him, hopefully this will serve as a harsh lesson to anybody who thinks about damaging another man’s balls. Those things are precious.