Man Gets His Ballsack Stuck In Plaster 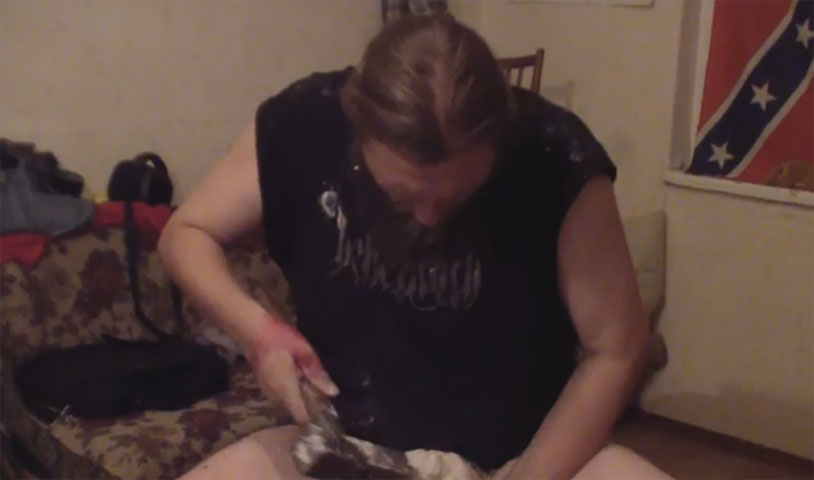 If there’s one lesson we aim to teach on this site, it’s this: be kind to your balls. You only get one pair, and if you treat them well they’ll be with you from the cradle to the grave. So don’t do dumb stuff with them like set them on fire, nail them to the ground or encase them in plaster, like the latest member of our Balls Wall Of Shame did.

A Russian blogger who goes by the pseudonym “Boroda Dead” decided to immortalize his manhood forever by coating his nutsack in a layer of plaster to make a mold. He heated the mixture, coated his scrote and waited for it to set, not realizing that it would continue to create heat through a chemical reaction while it set. And, of course, since it’s 2016 he was filming the whole thing and uploaded the clip to YouTube.

As you can see, when water doesn’t do the job of keeping it cool, Boroda Dead tries to break off the plaster with tools. If the sight of a beefy dude in a death metal T-shirt taking wild swings in the direction of his junk upsets you, you might want to stop before he gets the drill out. All’s well that ends well, thankfully, as he finally chips away enough plaster to yank his crank and nuts free.