Man Gets Surgery After Taking A Golf Ball To The Groin 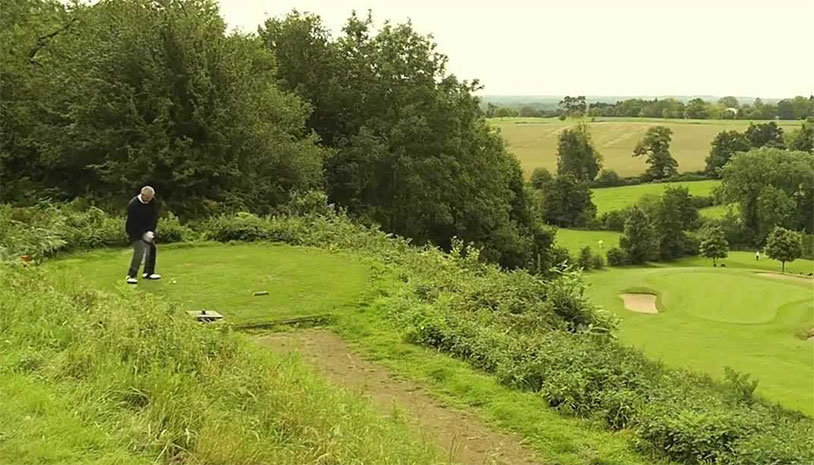 Lots of sports carry the potential for physical injury, but even a trip to the links can wind you up in the hospital. Case in point: a British man had to go in for surgery after a stray golf ball whacked him right in the groin.

The incident took place at the Macdonald Portal Hotel’s golf course in Eaton. Mat Iles was walking along a footpath with his fiancee when the tell-tale call of “Fore” rang out. Not expecting anything to happen, the couple didn’t change their course, only for a golf ball to rocket across their trajectory and land full-force in his gonads.

He saw the ball coming, but its flight was too fast to take evasive action. After it socked him in the nards, he crumpled to the ground in pain. The golfer responsible for the drive came over to check on him, apologizing profusely, and Matt said that he’d be fine. That prognosis was inaccurate, and when it didn’t go away after 20 minutes a quick Google told him to head to the hospital.

That golf ball impact resulted in a ruptured testicle, which had swollen to four times its original size. The other ball was also damaged, but not as badly. Thankfully, surgeons were able to bring the swelling down and repair his gonads, but the future of his fertility is still in question. He and his fiancee are calling for the golf course to improve their signage and safety features.

Read more at the Northwich Guardian.