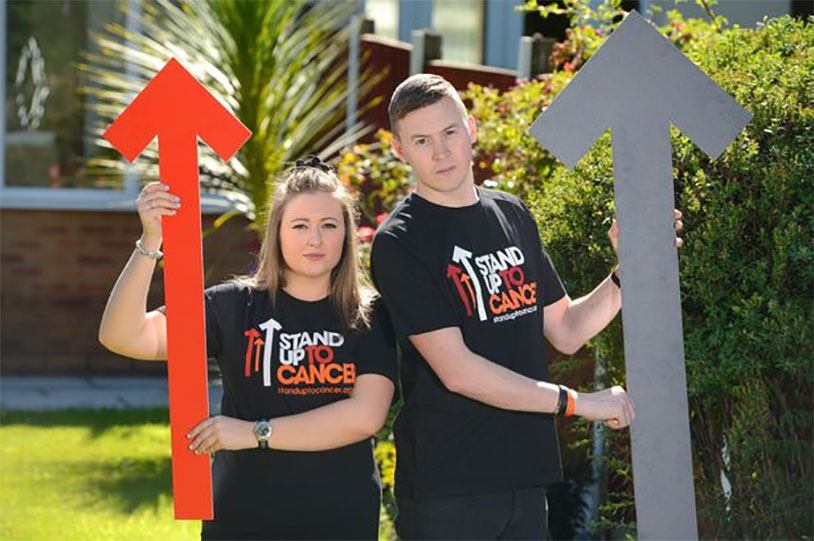 Even though we pride ourselves on being one of the most thorough resources for testicular cancer diagnosis and support on the Internet, there are still stories that surprise us. Meet David Sing. The 28 year old retail worker from the town of Bootle in Liverpool had a very curious medical condition a few years ago – his nipples were always feeling hard and tight. Now, this is normal in certain circumstances – cold water will perk those puppies right up, and women show sexual arousal in part through a stiffening of the nipples. But Sing’s nips were standing up all the time, and it had him worried.

He went to his doctor with the unusual problem and they quite rightly decided to give his scrotum a scan, revealing a pair of tumors in his testicles. He began treatment immediately, and thankfully had caught the disease before it spread. The emotional cost of the diagnosis was heavy, and nine weeks of chemotherapy took its toll on his body, but he kept his positive attitude throughout.

Sing was pronounced free of the disease in 2013 and quickly decided to devote some of his extra time and energy into raising awareness of the perils of testicular cancer. He works to raise money for research organizations in England to learn more about the causes of the disease. So, in addition to regular self-checks of your balls, maybe give a little thought to your nipples as well. They just might save your life.