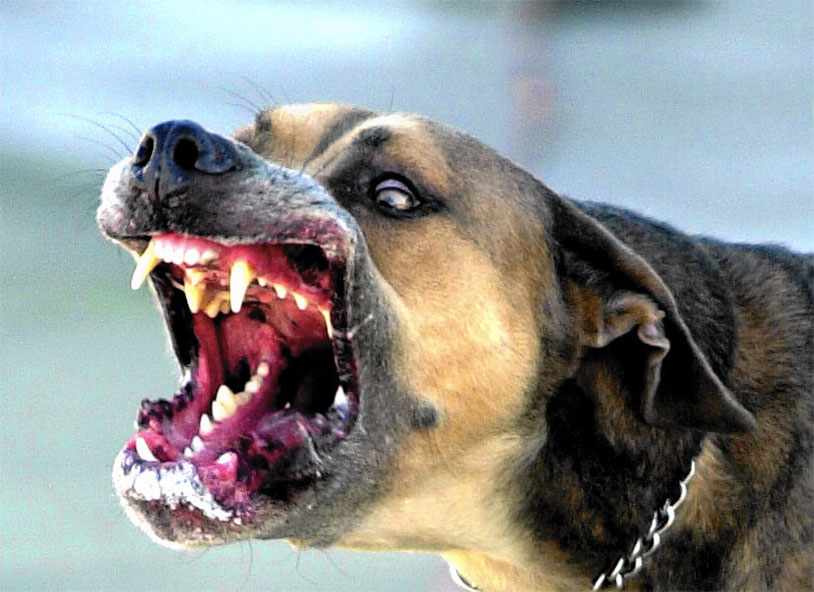 Oh, you hate to see this kind of thing happen. They say “no good deed goes unpunished,” and a good Samaritan in Romania learned that the hard way when he stepped in to save a stranger from a vicious dog and wound up short one of his testicles for the kindness.

The assault happened in the town of Iasi, where a 22 year old woman was walking down the street when she was set upon by a pair of Staffordshire terriers who had escaped from a nearby courtyard. The dogs set upon her viciously, ripping at her coat until a pair of older gentlemen intervened, brandishing brooms to try to ward the animals off. They were able to get them to relent in their assault on the woman, who fled the scene screaming, but the dogs then turned their attention to the men.

The older of the pair was able to extricate himself with just some bites to the arms, but the other man, a 49 year old whose name has not been released, was viciously bit in the groin. The trio were rushed to St. Spiridon Hospital, where doctors were able to reattach his testicle. The operating surgeon said if the injury were a centimeter deeper he could have easily lost his life.

The owner of the dogs, a 60 year old woman, is under criminal investigation for a previous attack by her dogs.

Read more and watch video at the Daily Mail.