Man Runs London Marathon With A Giant Testicle On His Back 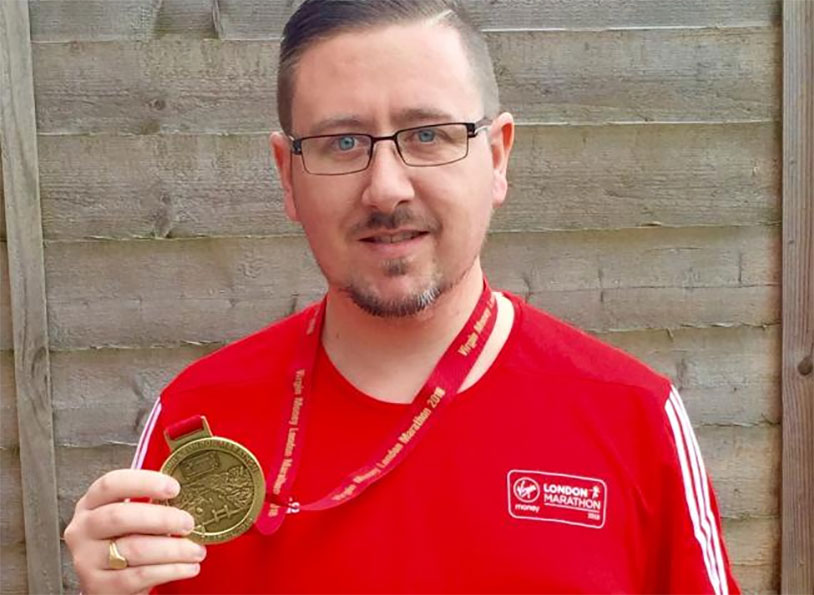 Running a marathon is an incredible accomplishment, but doing it with an enormous testicle on your back? That’s amazing. So we’re here to give serious kudos to Barry Sippitt, who just completed the London Marathon in 7:38 toting a huge ball.

Barry did the run to draw attention to the dangers of testicular cancer, after a friend and survivor of the disease talked him into it. The pink, hairy ball slowed him down about an hour from his unencumbered time, but he soldiered through, knowing that the symbolism was important. Running such a great distance while carrying an unsecured load on your back can be incredibly difficult. After seven hours, his knee started to give out, but he kept on through the pain to complete the race.

The Clacton and Frington Gazette has the scoop, as well as a little chat with Barry where he discusses his motivations and how he made it through the marathon.

We had to agree with him when he said “People do the marathon with these gimmicks but it’s important to remember the message and the reason for doing this is to raise awareness of testicular cancer.” That’s what we’re all about, Barry.

If you want to get your feet in gear and do something about testicular cancer here in the States, sign up for the Sean Kimerling Testicular Cancer Foundation’s annual Running of the Balls. It’s not quite a marathon, but New York’s largest testicular cancer run can do a whole lot of good.